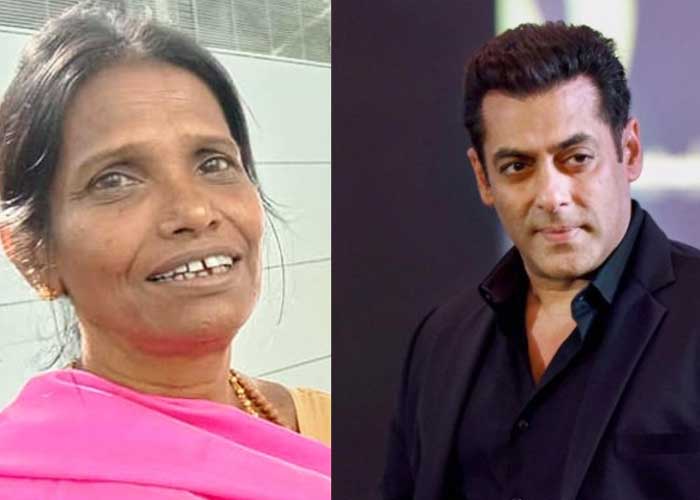 Ranaghat station singer-turned-budding Bollywood sensation Ranu Mandal has not received any flat as gift from superstar Salman Khan, and all such rumours are baseless, claims a member of the club here primarily responsible for shooting and posting the video of her song.

Vicky Biswas, a member of Ranaghat’s Amra Shobai Shoitan club, told: “Two members of our club had shot the video of her song at Ranaghat station, which became viral on social media. Since then, we have been looking after Ranu di. We haven’t heard anything about Salman Khan gifting a flat worth Rs 55 lakh to Ranu di. It’s fake news that is being spread on social media.”

He added: “A lot of fake news surrounding Ranu di is doing the rounds on social media, such as she has purchased a car worth Rs 15 lakh, or she has been called for Bigg Boss, or Himesh Reshammiya has paid her Rs 50 lakh to record her song. Yes, Himesh ji has done a lot for her and has also sponsored her trips to Mumbai, but the rest of these reports are fake.”

Vicky informed that the only payment Ranu Mandal has received till now, is for appearing on the Sony TV reality show “Superstar Singer”, where singer-composer Himesh Reshammiya is one of the judges.

Ranu Mandal, a singer who used to sing songs of Lata Mangeshkar sitting on the platform of Ranaghat station is now an internet sensation thanks to social media. A lot of credit also goes to Atindra Chakraborty, who shot Ranu’s video singing Lata Mangeshkar’s soulful number “Ek Pyaar Ka Nagma Hai” and Tapan Das from Amra Sabai Shaitan club, who shared the video on social media.

The video went viral in no time and turned Ranu into a singing sensation on the internet. It also paved way for her phenomenal rise from a street singer to her debut as a playback singer in Bollywood.

The 59-year-old singer has already recorded the song “Teri meri kahaani” for Himesh Reshammiya’s upcoming movie “Happy Hardy And Heer”, the video of which has been shared by Himesh on social media. Ranu is presently in Mumbai, shooting for another track of the movie.  (Agency)