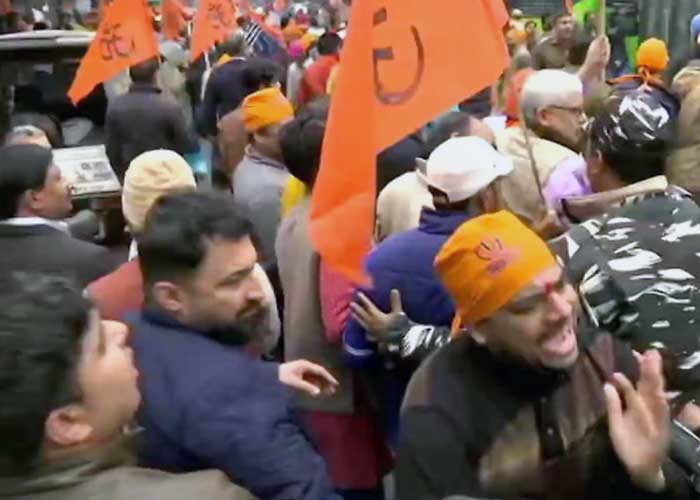 Activists of the Bajrang Dal, Durga Vahini protesting against the mob attack on Nankana Sahib Gurdwara in Pakistan on January 3 clashed with the security forces near the Pakistan High Commission here on Tuesday.

As the protestors started moving towards the high commission, police stopped them and took scores of activists into custody. As many as 141 men and 31 women protestors were detained by the security forces.

Indians have been furious ever since the attack took place in Pakistan’s Nankana Sahib shrine near Lahore.

Hundreds of agitated Muslim residents of Nankana Sahib had allegedly pelted the Gurdwara with stones. Video clips on social media showed the mob was led by the family of a youth, Mohammad Hassan, who was earlier accused of abducting and forcibly converting a Sikh girl for marriage.  (Agency)