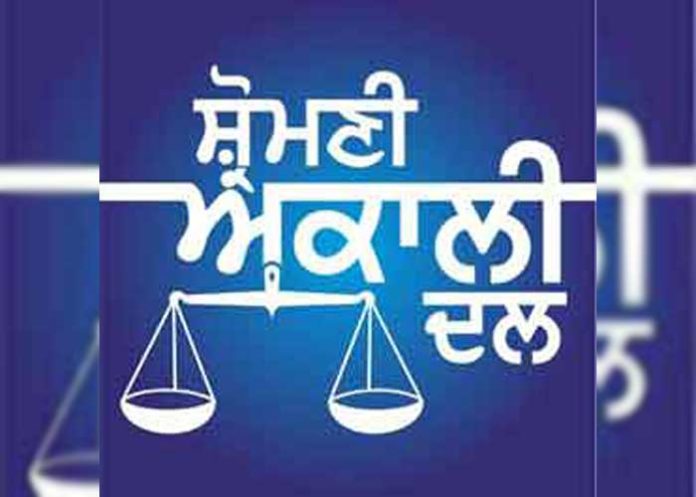 The Shiromani Akali Dal President Mr. Sukhbir Singh Badal has announced that the party will hold statewide protests on July 7 from 10 to 11 am against rising prices of Petrol and Diesel and deletion of lakhs of Blue Ration cards by the Congress government due to political considerations.

In a statement released from the party head office here today, the SAD Senior Vice President and Spokesman Dr. Daljit Singh Cheema said that during protests the party leaders and workers will urge the Centre and the Punjab government to withdraw hike imposed in prices of Petrol and Diesel.

Dr. Cheema said that due to taxes of the Centre and the state government price of Petrol and Diesel become double upon reaching to consumers. Citing example, Dr. Cheema said that Indian Oil Corporation delivers Diesel to petrol pumps at 39.21 per litre which do not includes VAT and Excise duty.

He said that when this diesel reaches consumers after addition of both these its price comes to Rs. 80 per litre. He said that Punjab government has imposed 35.12 percent VAT on petrol whereas in Haryana this is 20.25 and in Himachal Pradesh it is 24.43 percent and in Chandigarh it is 19.76 percent only. He said that due to 16 percent increase in VAT in Punjab it is costly in the state.

Similarly, he said, on Diesel Punjab government has imposed 13.74 percent VAT while in Delhi it is 30 percent, in Haryana it is 17.22 percent and in Himachal Pradesh it is 14.38 percent only. He said that it is shocking to note that in Delhi the Kejriwal government has imposed heavy VAT which has resulted that Diesel is costly than Petrol in the National Capital.

Dr. Cheema said that apart from the oil prices, the Congress government in the state has deleted lakhs of Blue ration cards of the poor only to appease their own party leaders. He said that in the protests on July 7, it will be demanded that these blue cards should be revived immediately so that poor families do not face more problems.