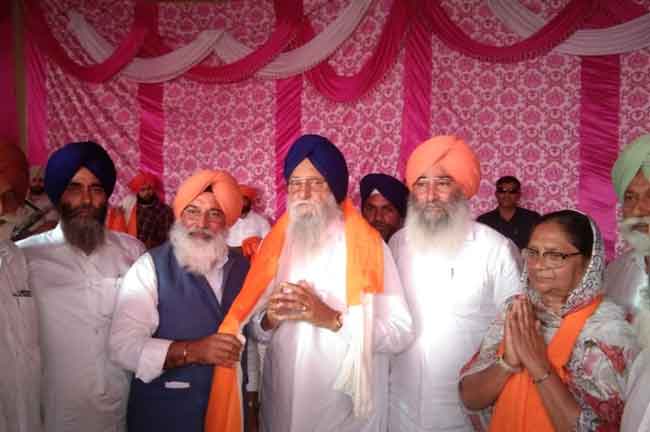 “Now I strongly appeal to Sukhpal Singh Khaira to give up his insistence to field Paramjeet Kaur Khalra as his PDA candidate. He must stand above the trivial political gains and should try to seek support of all likeminded parties to ensure her victory. If Bibi is a nominee of Punjab Democratic Alliance, some of the likeminded parties are reluctant to support her,” Brahmpura said addressing his party workers in the presence of Bibi Paramjeet Kaur Khalra and general JJ Singh besides some other senior leaders of SAD (Taksali).

This was the first rally organised by the party in favour of Paramjeet Kaur Khalra since it has withdrawn its nominee general JJ Singh from the battle field to support her.

“Even I spoke to Bhagwant Mann, president of AAP Punjab and he has assured me that his party is likely to consider its support to Bibi Khalra if Sukhpal Singh Khaira fields her as an independent candiate,” Brahmpura claimed.

“I have also spoken to Sukhpal Singh Khaira that he should not think that Paramjeet Kaur Khalra was fielded by his party. Rather he should field her as an independent now. I also urge all likeminded parties and public to build a pressure upon PDA leader to give a positive response to our appeal so that her victory could be ensured,” said Brahmpura.

“Now we should come together to support her on the religious and historical ground of Majha to rout the traditional parties. So I strongly appeal to Sukhpal Singh Khaira to realize the sentiments of masses for larger political perspectives. If we are able to unite to support her giving up our selfishness for political gains, such kinds of unity of likeminded parties may also take place on some other places as well to defeat Badals and Congress,” said Brahmpura.

Brahmpura assured Paramjeet Kaur Khalra that his party would support her wholehardheartedly.” I have myself won the last elections from this constituency over the margin of one lakh votes. We have a strong base of the party here and if all likeminded parties support her, there would be no doubt about her win,” said Brahmpura.