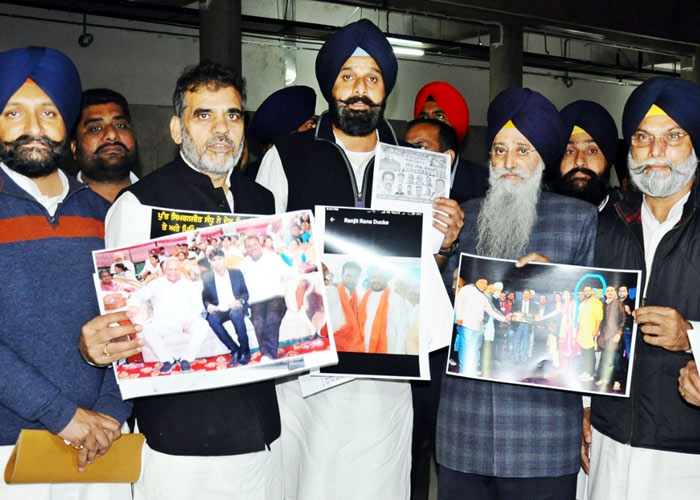 The Shiromani Akali Dal (SAD) today welcomed chief minister Capt Amarinder Singh’s statement in the Vidhan Sabha that he would order an inquiry into the political connections of Christian Dalit Front leader and Congressman Anwar Masih and requested him to take into account detailed evidence of the involvement of Congress leaders in the Amritsar heroin seizure case as well as drug trafficking in the State.

In a statement here, former minister Bikram Singh Majithia said the close connection of Anwar Masih as well as the Christian Dalit Front with the Congress and the support extended to the party by Anwar and Christian Front President Munawar Masih in the 2017 assembly elections, 2018 Gurdaspur Lok Sabha by-election contested by Pradesh Congress President Sunil Jakhar as well as the 2019 parliamentary elections were a matter of record.

“It is a fact that Munawar Masih was the only person whose term as Minorities Commission Chairman was extended by three years by the Congress government after being reappointed. This as well as other pictures of Munawar and Anwar Masih with Minister Sukhjinder Randhawa in 2019 and advertisements alongside senior Congress leaders prove that both of them are essentially Congressmen.

It seems the Congress party did not do its homework while trying to link Anwar with the SAD by showing old pictures of a social event. All allegations against Anwar have surfaced only when he joined the Congress party”.

Demanding a detailed inquiry into the political connections of those associated with the Amritsar heroin seizure case, Mr Majithia said the king pin in the case – Simarjit Singh Sandhu was the son of Sarabjit Singh Sandhu who was appointed Member of the Subordinate Services Selection Board in 2006 during Congress government tenure. “Simarjit Sandhu’s association with the Congress party should be investigated and all Congressmen associated with him should be exposed and booked”.

The SAD leader said it was also a fact that the police had first raided the house and hotel of Congress councilor Pradeep Sharma even before it unearthed the heroin manufacturing factory in Amritsar. He said Pradeep Sharma was let off as he had been photographed with the Amritsar mp, Speaker and even at the CM residence and his arrest would have caused an embarrassment to the Congress party.

“It is clear that the Sharma family, including Pradeep’s son Sahil who has been arrested were involved in drug trafficking. He said there were other pictures also including that of Ranjit Rana who was given the block samiti ticket by the Congress party after being caught with drugs worth Rs 7.5 crore and recently with heroin worth Rs 45 crore.

Mr Majithia also condemned photo-dramas being enacted in the assembly to divert the attention of the people from the power hike and power scams, farmer suicides and Congress government’s failure to provide jobs to the youth.

He also condemned the deep friendship and understanding displayed by the Congress and Aam Aadmi Party (AAP) on the sensitive issue of drug trafficking in the assembly. “AAP mlas today refused to take on the Congress party or even demand strict action against Congress men responsible for patronizing drug smugglers because it taken over the role of B team of the Congress party.

We will expose this before the people and will force the government to take action against all Congress leaders involved in drug trade”, Mr Majithia added.