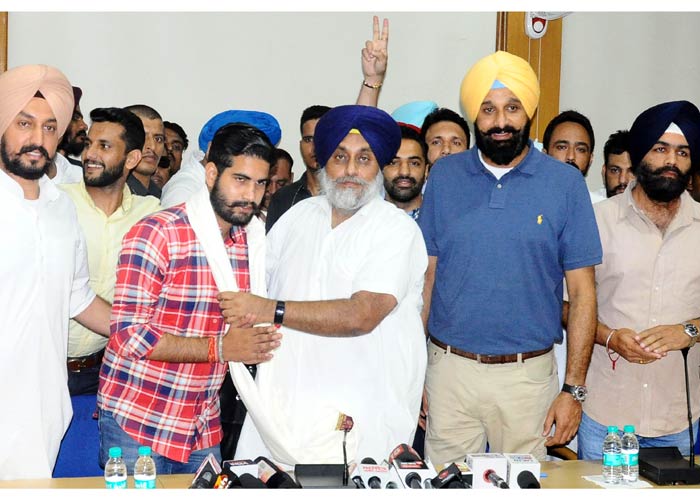 Shiromani Akali Dal (SAD) President Sukhbir Singh Badal today while congratulating Students Organisation of India (SOI) for registering a spectacular win in the Panjab University Students Council election said the win was indicative that the youth supported the development agenda of the SAD.

Talking to media persons after honouring Mr Chetan Chaudhary who won the PU Campus Students Council as well as the SOI Khalsa College and Government College Sector 11 panels which were also victorious, the SAD President said the youth in the PU Campus as well as the two major colleges in the city had given their ‘fatwa’ in favour of the SAD due to the work done by the party at all levels of society.

“They have sent a clear signal that SAD is their sachha saathi (true friend)”, he said while honouring the Khalsa College panel of Anmol Singh, Manpreet Singh, Sahil and Navdeep and the Government College Sector 11 panel of Gurjinder Singh, Dilbagh Singh, Nikhil Singh and Dilmohit Singh Sandhu. 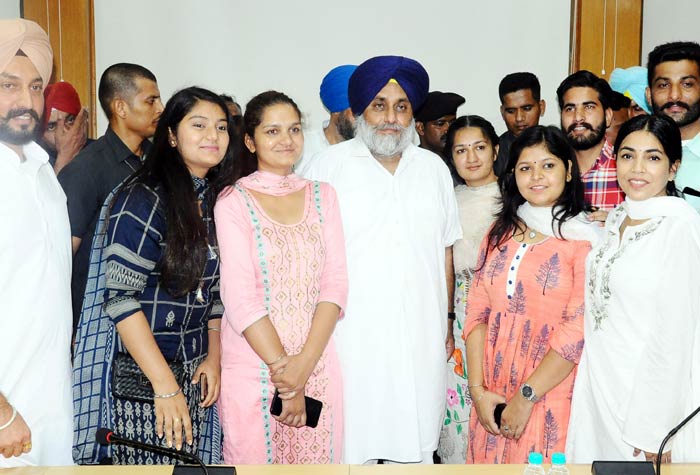 Stating that the youth formed the core of the SAD, Mr Badal said youth leaders were being given full opportunity to grow in the party. He said the party would entrust more responsibility to youth in the coming days including grooming them as party spokespersons. He also said the SAD would continue to work for the cause of the youth and said even during the last SAD-BJP government, he had sanctioned Rs six crore for various infrastructure projects in PU including solar water heaters for hostels.

Speaking on the occasion, SAD General Secretary (Youth) Bikram Singh Majithia said paid tributes to SOI youth leader Ishan Sharma who had passed away recently and dedicated the win in the PU Campus to Ishan and all other dedicated workers of the party. He also thanked all the youth who had participated in the poll process on behalf of SOI, saying even those who had lost had made a positive difference.

Newly elected PU Students Council President Chetan Chaudhary thanked the senior leadership and said the pro-youth policies of the SAD were a major reason for its stellar showing. He thanked YAD leader Parambans Singh Bunty Romana and SOI President Parminder Singh Brar and assured to do his best for the welfare of the student community.