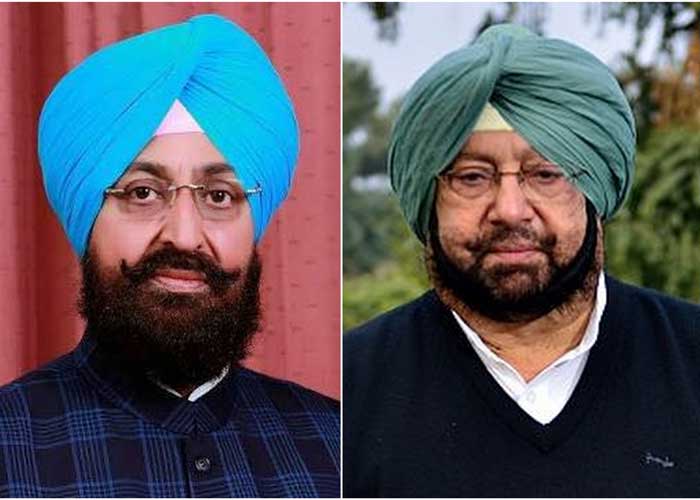 Bajwa, in a strong worded letter written to the Chief Minister has detailed the ‘failures’ of the AG and urged Capt Amarinder Singh to sack him ‘in the interest of Punjab’.

Nepotism is against the interests of the State and the appointment of Sh. Atul Nanda as Advocate General, Punjab, is a perfect example of the same, as his appointment had been solely guided by his proximity to you. The incompetence of the Advocate General to defend the interests of the state effectively is reflected in the repeated failures faced in the Courts in various critical cases. Some of the important cases which amply highlight this fact are as follows:-

a) In the matter of Court On Its Own Motion v. State of Punjab, (Public Interest Litigation on drug menace in Punjab) Sh. Atul Nanda took multiple adjournments on various occasions without paying heed to the havoc that the current drug addiction is causing in the state of Punjab, which shows his insensitivity to such a crucial matter.

Till date (for nearly two years), the sealed reports submitted by STF Chief and the Court appointed SIT have not been opened which would expose those who are actually responsible for the drug menace in Punjab.

It was the anti-drug agenda that drove Congress to power in the 2017 State Elections. Government of Punjab and the Congress is unable to face the public and the inability of the State to tackle this menace has filled the public with resentment.

Resultantly, public has lost faith in the police machinery and the Public is turning violent and is holding anti-congress emotions as the socio-economic fabric of the state is affected because people of all age groups are dying due to drug addiction. There is mass migration to foreign countries along with the transfer of funds as a result of which many villages and towns of Punjab have become abandoned.

It is the responsibility of the Advocate General, Punjab to spear head the fight against drug addiction in the state of Punjab by bringing those responsible to the ends of justice and hence, his inactions and indifference to the condition with which the state of Punjab is surrounded has failed the government and the people of Punjab as well as the Congress Party.

b) Defeat of Punjab State in Hon’ble Supreme Court in relation to transportation of coal caused a loss of thousands of Crore to Punjab Exchequer. Everyday it is incurring losses on this account.

c) The Punjab and Haryana High Court on Wednesday set aside the appointment of Suresh Kumar as Chief Principal Secretary to Chief Minister Capt Amarinder Singh, ruling that he was holding the public office without authority.

d) While quashing the e-auction notice on mining issued by the state in August 2018, the court directed that a fresh auction notice after defining the mining areas be issued within a period of three months and the auction process be taken forward.

e) The Punjab and Haryana High Court has ordered the shutting down of all the tanneries in Jalandhar’s Leather Complex. The Bench made it clear that the directions would remain in force till further orders and conformity to the Environment (Protection) Rules and the Water (Prevention and Control of Pollution) Act which highlights the incompetency of Sh. Atul Nanda.

f) In Kisan Mazdoor Sangharsh Committee case Punjab and Haryana High Court reprimanded Sh. Atul Nanda stating that they would have resolved in one hour, why could government not do the same.

g) In matter related to Sacrilege cases, the accused were released on bail. Even the issue of investigation of the case being with CBI or State of Punjab was botched up.

I would urge you to immediately sack the Advocate General in the interest of PUNJAB and appoint a competent person in his place.