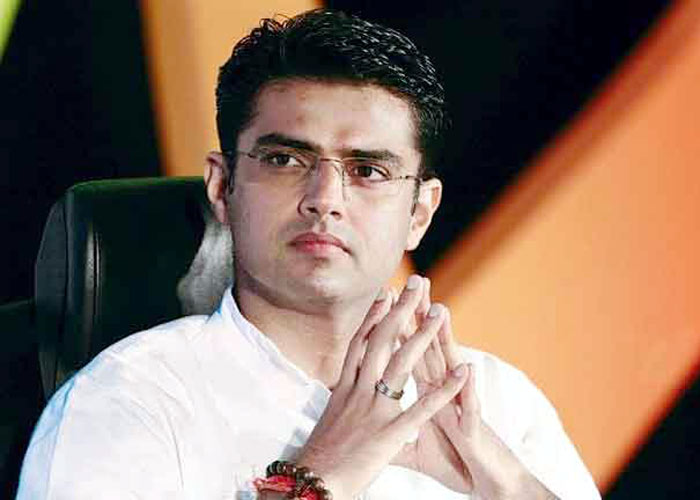 In a direct fallout of the Congress’ political crisis over the leadership issue in Rajashtan, Sachin Pilot was on Tuesday divested of both the posts of Deputy Chief Minister and the PCC President.

Two other Pilot-loyalist Ministers — Vishvendra Singh and Ramesh Meena — were also removed from the council of ministers.

Congress leaders had called two meetings on Monday and Tuesday and appealed to Pilot to attend these in order to pacify him. However, as he remained absent, disciplinary action was taken against him.

On Sunday, Pilot had announced that the Ashok Gehlot government in the state was in a minority since 30 MLAs were supporting him.

On the other hand, the Chief Minister claimed he had the requisite numbers to head the state government and has left for the Raj Bhavan to meet Governor Kalraj Mishra.

Earlier, Congress leader Randeep Surjewala told the media after the party meeting: “The BJP conspired to destabilise the Congress government elected by the people of Rajasthan. The BJP tried to buy Congress and independent legislators by misusing power, the ED, and the Income Tax Department. Chief Minister Gehlot has said about the efforts made to buy MLAs.”

He said that for the last 72 hours, under the leadership of Rahul Gandhi, the Congress leaders tried continuously to contact Pilot and other Ministers and MLAs in his camp. “The Congress leadership tried to talk to Sachin Pilot many times. Congress leader KC Venugopal also spoke to him several times, but he did not turn up for the meeting.”

Gehlot was meeting Governor Mishra and had claimed 109 MLAs’ support when last reports came in.

Meanwhile, a high alert was issued in Gujjar-dominated areas of the desert state to avert any untoward happening. Pilot has a strong support in the Gujjar belt in Rajasthan. (Agency)