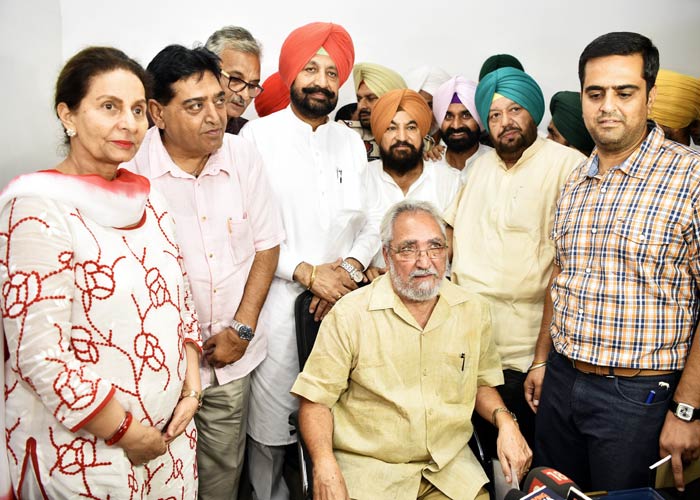 M. S. Sandhu and famous golfer) besides many dignitaries & relatives from Derabassi and Banur.

After taking over at Udyog Bhawan, Mr. Sandhu while thanking the Chief Minister, Captain Amarinder Singh for the responsibility bestowed upon him, said that he would discharge his duty with utmost sincerity.

He further added that Punjab Infotech is already running several projects in the State such as I.T., e-Governance, I.T. Graduation and training. Divulging more, he said that Punjab Infotech has launched a new initiative called ‘Startup Punjab’ through which a new robust eco mechanism pertaining to nutrition.

Disclosing more, Mr. Sandhu said that Punjab Infotech was included as a Nodal Agency of the Punjab Government in the year 1976 to spread awareness about Electronics, I.T., I.T.E.S., and Communication Technology Industry in the State.

He also said that during the previous years, the Punjab Infotech has started several projects throughout the State related to I.T., e-Governance, I.T. Education and Training besides rendering useful contribution for the development of Mohali as the hub of I.T., Electronics, Knowledge Industry.

It is worth mentioning that Mr. Sandhu superannuated as Chief Engineer in 2007 from the Public Works Department (B & R), Punjab. He engaged himself in the social service sphere after his retirement and did commendable job for the schools as well as the students of Derabassi and Rajpura belonging to the Below Poverty Line (BPL) category.

Apart from this, Mr. Sandhu manufactures top quality seeds of potato in his farm and supplies the same to Eastern, Southern and Western parts of the country.