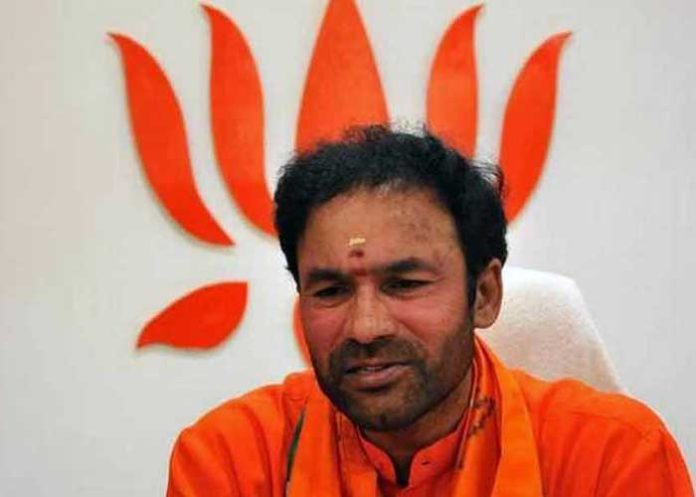 Union Minister of State for Home G. Kishan Reddy on Sunday said rumours unleashed by a section of political parties, a section of media and a section of social media added fuel to the fire in Delhi riots.

He also said that the Modi government is determined to go to bottom of the truth to unveil the conspiracy, if any, that triggered the riots.

The minister was speaking at the Indian School of Business (ISB) on ‘Policy conclave, ideas for India’.

He noted that the national capital witnessed some disturbances last week.

Reddy said unfortunately many innocents lost their lives and all sections of people lost their properties too. He said a brave constable and an Intelligence Bureau official also became victims.

He claimed that notwithstanding the constraints, the Modi government controlled the situation.

He reiterated that the Citizenship Amendment Act (CAA) was not aimed at taking away citizenship of any Indian but was enacted to give citizenship to minorities from Pakistan, Bangladesh and Afghanistan who suffered persecution on religious grounds.

Stating that the country was divided on religious lines against the will of the people, he said it was assured during the division that the rights of the minorities in the respective nations will be protected.

“One of the greatest strengths of India that we have inherited from times immemorial is the tradition of samvad, which is dialogue”.

Reddy said all issues could be resolved through dialogue, but he was unable to understand why a section of people stay away from dialogue and indulge in rumour mongering.

The minister told the media persons that he advised students to debate the government policies in last five years and come out with their ideas for maintaining law and order, poverty alleviation, health for all and also for achieving the Modi government’s goal of five trillion dollar economy.  (Agency)