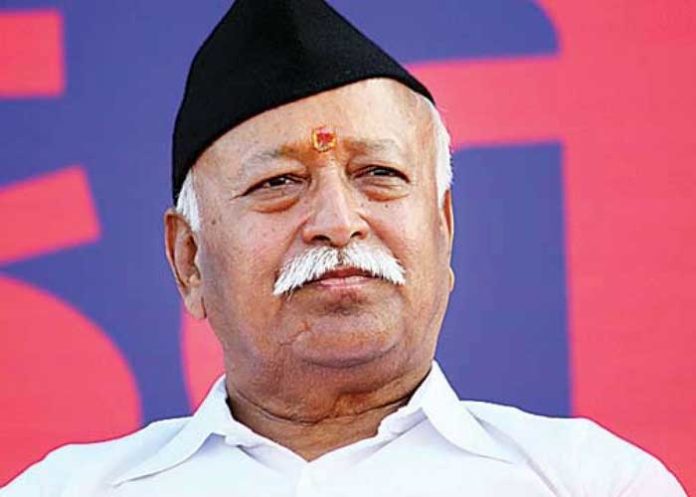 RSS Sarsanghchalak Mohan Bhagwat met a slew of correspondents from the foreign media here on Tuesday to portray a picture of the Sangh as one whose primary role is “nation building”.

Many prominent international publications took part in the event. About 80 members of the foreign press were in attendance from across 30 countries.

RSS’s media publicity cell chief Arun Kumar called this meeting as “part of a continuous process where the Sarsanghchalak engages in constructive dialogue with people from different walks of the society”.

As per the format of the event, Bhagwat kickstarted the event with his speech followed by a question-answer session. The session lasted for more than two-and-a-half hours. It was an off-camera and off-the-record briefing.

A journalist from a foreign radio network told IANS requesting anonymity, “We have been requested to keep the contents of the discussion under wraps. But all I can say is he (Bhagwat) projected what he believes RSS is for and took questions liberally.”

Apart from Bhagwat, RSS leaders such as Sahsarkaryavah Manmohan Vaidya, Krishna Gopal, and Bajran Lal Gupta, who is the head of the north India division, were present.

Tuesday’s move came after a slew of foreign media criticised German Ambassador Walter Linder for visiting, what they called, a “fascist” organisation. Linder had visited the RSS headquarters in Nagpur on July 17.

The Jerusalem Post had published a news story after the much talked about meeting, with the headline “German Ambassador causes outrage by visiting fascist Indian group”.

Tuesday’s meeting was primarily to “dispel misconception” about the Rashtriya Swayamsevak Sangh.  (Agency)