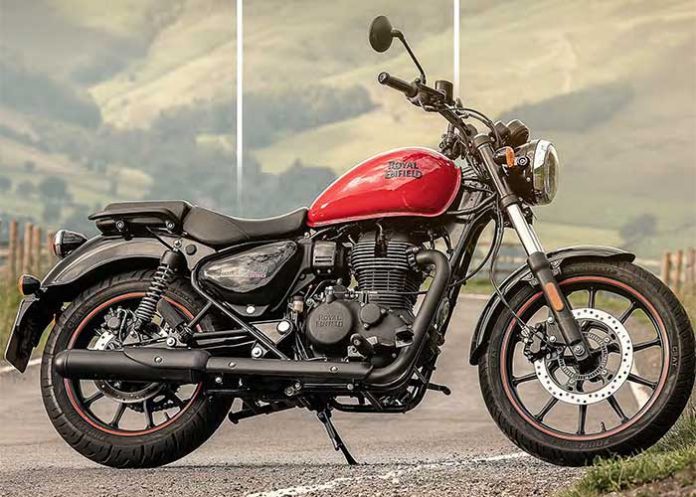 According to the company, the ‘Meteor 350’ inherits its name from another Royal Enfield motorcycle of the 1950’s.

“Launched at the end of 1952, the Meteor was a magnificent touring motorcycle with a reputation that has stood the test of time,” the company said in a statement.

“The new Royal Enfield Meteor 350 easy-cruiser, carries Royal Enfield’s signature styling but with many firsts, and is set to be an equally outstanding machine for our times,” it added.

The bike sports a 349 cc air-oil cooled single-cylinder engine which generates “20.2 bhp and 27 Nm of torque at 4000 rpm, resulting in an abundance of the low-down grunt that’s a fundamental characteristic of a cruiser”.

Besides, the new engine has a five-speed gearbox, with the fifth gear being an overdrive for stress-free and economical highway cruising, and a seven-plate clutch for “easy gear changes in built-up traffic”. (Agency)