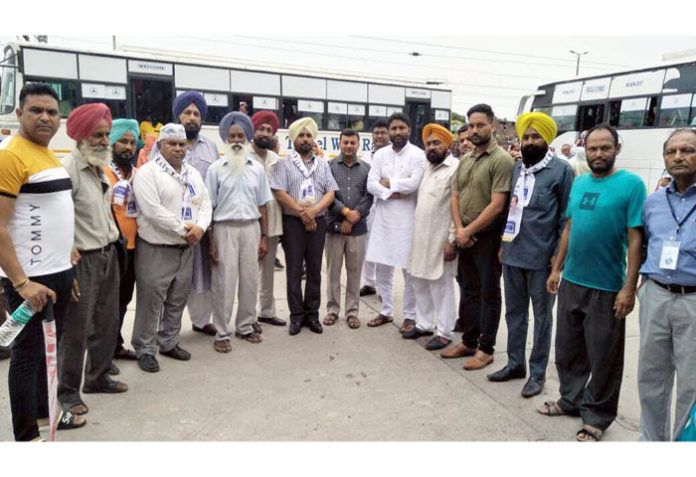 The free train for pilgrims, an initiative of the Aam Aadmi Party (AAP) Delhi government led by Arvind Kejriwal started under the ‘Free Tirath Yatra’ scheme, with as many as 900 pilgrims on board, was accorded a rousing welcome on its arrival at the Ropar railway station. The special train, on way to various pilgrimages spots in Punjab, including Sri Harmandir Sahib at Amritsar, Sri Anandpur Sahib, et al, was flagged off from Delhi on July 12. The visiting ‘sangat’ was ferried from Ropar to Sri Anandpur Sahib through buses on Monday.

After paying obeisance at Sri Harmandar Sahib at Amritsar, the ‘sangat’ on Monday paid a visit to the historic Sri Anandpur Sahib and offered prayers at the sanctum sanctorum. The ‘sangat’ on pilgrimage by the special train were given a warm welcome on their arrival at the Ropar railway station here.

The ‘Sangat’ was accompanied by a party MLA from Delhi. He informed on the occasion that the special train for ‘pilgrims’, especially the aged, was flagged off by Delhi Chief Minister Arvind Kejriwal and Deputy Chief Minister Manish Sisodia in Delhi on July 12, stating that a special train would leave from Delhi to the holy shrine of Vaishno Devi next week.