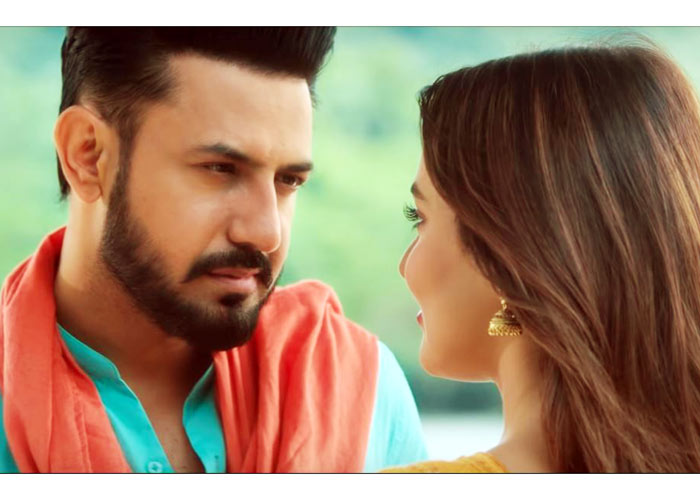 When it comes to talent and impressing the audience music maestro of Punjabi Industry B Praak and Jaani have never let any stone unturned to make this happen. This valentine they are all set to bring the love-anthem of year ‘Galib’.

The melodious singer B-Praak has sung this song who has also given the music of the song. The lyrics of the song are written by Jaani. This romantic melody will make you fall in love. The video of the song is aptly depicting the feeling of falling in love and being in love.

‘Galib’ is a song, an ode to the fantasy world of love. When you are in love you feel in the land of angels, where you are ready to do anything for the one you love the most. The trailer and ‘Charche’ track had already received immense praise and had created ripples of curiosity amongst the audience. Now, this song which has love written all over it will add up to the whole excitement for ‘Ik Sandhu Hunda Si’.

Singer-Composer B Praak said, “Romance is my forte, I believe this is the genre which gives you the widest range of compositions. As Valentine’s week going on, I think nothing can beat Jaani’s lyrics to express the emotion of love. I am sure the audience is going to love this track. I liked the trailer of the film and looking forward to watching it.”

This film is a full package of friendship, action, romance, and revenge which will take you down the memory lane of college days.

The whole project is produced by Bally Singh Kakar. The music of the film will be released under Humble Music. The worldwide distribution of the film is done by Munish Sahni’s Omjee Group. ‘Ik Sandhu Hunda Si’ will hit the theatres on 28th February 2020.

This song has already been released on Humble Music’s official YouTube channel on 11th February 2020.