Home Entertainment Bollywood Rohit Shetty, Ajay Devgn to be back with ‘Golmaal Five’ 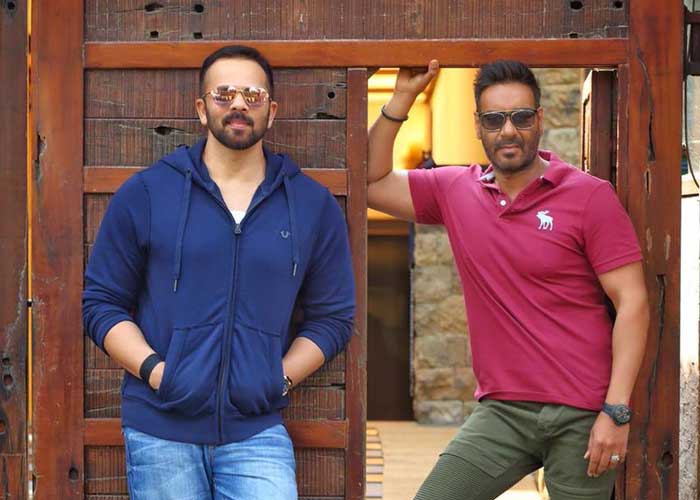 Filmmaker Rohit Shetty and actor Ajay Devgn will be adding another chapter to the “Golmaal” series by reuniting for fifth installment of the franchise.

They have confirmed their return for fifth part, which has been titled “Golmaal FIVE”.

“Rohit and I have discussed and are committed to doing our next installment of ‘Golmaal’. The franchise is not only the longest-running one in Hindi cinema, it also happens to be one of my favourites because like we said in one of our earliest films in this series, it’s fun unlimited,” Ajay said.

As per Rohit, he will be busy producing films after “Sooryavanshi”, a project with Farah Khan and also with his assistant directors who are ready to be launched as directors under his own production house.

The script of “Golmaal FIVE” is already locked and Rohit will start shooting for it after he completes his production ventures.

Rohit came out with “Golmaal: Fun Unlimited”, starring Ajay, Arshad Warsi, Sharman Joshi, Tusshar Kapoor and Paresh Rawal, on July 14, 2006. It revolved around the lives of a group of friends, and was full of comedy, action, drama and fun.

Produced by Rohit Shetty Picturez in association with Reliance Entertainment, “Golmaal FIVE” will be directed by Rohit.

Rohit and Ajay have collaborated on 10 films in the past and are excited about getting together with “Golmaal FIVE”.

At the moment, Rohit is busy shooting for his cop universe film “Sooryavanshi”, which stars Akshay Kumar and Katrina Kaif. It is slated to release on March 27, 2020.