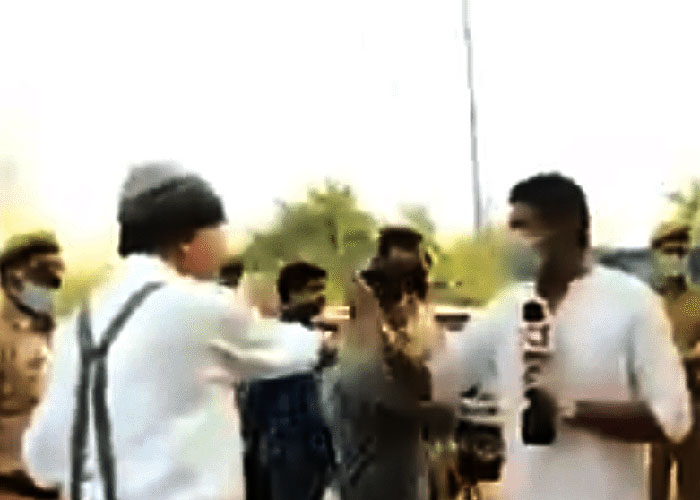 After a purported news clip appeared on social media which was allegedly telecast on Republic TV where Dr Anish Singhal, Director of ESIC Hospital, Noida, was confronted by its reporter who accused the doctor of carrying fake ID card, the Employees State Insurance Corporation (ESIC) has hit back.

The ESIC accused the TV reporter of indulging in argument with Singhal . “The reporter also accused Dr Singhal of using fake identity card,” it alleged. Singhal is the Director & Medical Superintendent of the 300-bed ESIC Hospital in Noida, it said.

Clarifying the circumstances in which the video was shot, the ESIC said in a statement, “Dr. Singhal was trying to convince the police personnel to allow him to enter through teh checkpoint when the reporter interrupted and started arguing.”

Republic TV has not responded with any clarification, so far.

Here is the video pic.twitter.com/o5SLa0LEDA

The shocking incident, as alleged by the ESIC, came at a time when doctors are hailed all across the country for their selfless service in the wake of the coronavirus outbreak that has affected more than 500 people in India so far.

Prime Minister Narendra Modi himself had urged Indians to clap at 5 p.m. last Sunday to honor the doctors who are at the frontline.

ESIC is a statutory body under the Union Ministry of Labour and Employment, which provides social security and medical services to around 3.5 crore workers, mostly from the lower strata of the society. And ESIC harped on that fact to stress the irony, saying, “As per government directives, ESIC hospitals are involved in fighting the menace of COVID-19.”

It asserted that though it has no intention to undermine the role of the media, it highlighted the “testing time” that the society was going through.

Referring to the incident, the body requested the media “to ensure that the personnel working in emergency services are not interrupted or inconvenienced in the performance of their duties.”  (Agency)