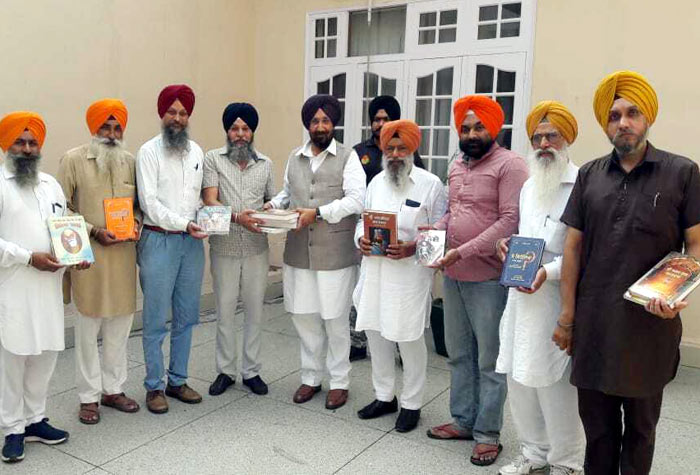 “The Punjab Government is pulling out all stops to ensure that the 550th Parkash Purb celebrations of founder of the Sikh Religion, Epitome of Universal Peace, amity and humanity Sahib Sri Guru Nanak Dev Ji, turn out to be memorable ones.

Under this strategy, the various cities visited by Guru Sahib are being beautified and given a new look.” These views were expressed here today by the Cabinet Minister S. Sukhjinder Singh Randhawa while interacting with the media people.

He said that preparations by the Punjab Government are afoot to celebrate the Parkash Purb on a grand scale. Furthermore, adequate arrangements are being made to provide boarding, lodging, stay, langar and medical facilities to the people who are expected to attend the Parkash Purb celebrations from country and abroad.

Divulging more, the minister said that although the celebrations would be held in all the cities of the State, the ones at Sultanpur Lodhi and Dera Baba Nanak would be the centres of attraction.

He also disclosed that on the eve of the celebrations, it is also proposed to release 550 prisoners on account of good conduct besides distributing religious literature in all the jails of the State containing the books written by renowned Sikh Scholar Bhai Vir Singh depicting the life history of Sri Guru Nanak Dev Ji and the ones concentrating on the teachings & philosophy of other Guru Sahiban.

S. Randhawa also said that the main rationale behind distributing such literature to the jail inmates is to make them change their outlook and psyche thus enabling them to assimilate themselves in the mainstream of the society.

He further added that the aim is to distribute 550 books in 5-5 sets in every jail of Punjab. This novel as well as noble initiative would be undertaken with the active assistance of the religious organizations especially Maharaja Jassa Singh Ramgarhia foundation.