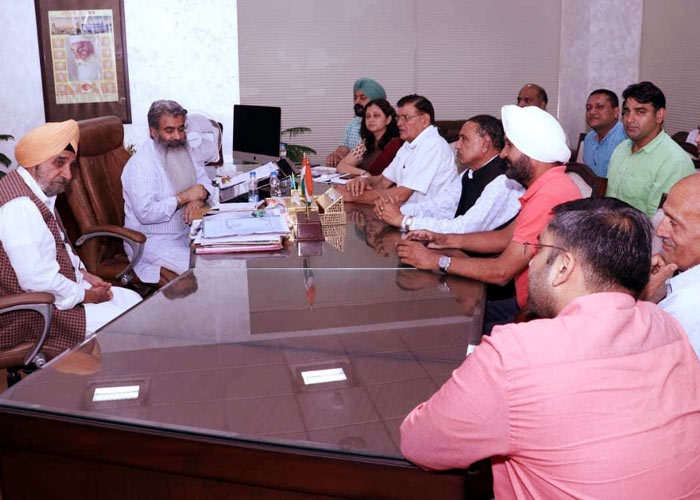 In the light of the ongoing strike by a politically motivated group of rice millers, during the meeting, several decisions were taken. Mr Bharat Bhushan Ashu informed that to save the farmers from any harassment and keeping in mind genuine demands of the rice millers, the Punjab government has decided to slash Rs 10 lakh of levy security (Rs 5 lakh refundable plus Rs 5 lakh non refundable) to Rs 7.25 lakh refundable levy security.

He informed that this decision would bring respite to the rice millers. Bank Guarantee shall be applicable only to millers for quantum of paddy stored over and above 5000 MT instead of 4000 MT.

He further informed that the rice millers who apply before October 10, 2019, would be allotted paddy on priority and without pro rata cut, the quantum of the release orders of those millers would also be increased.He further stated that those rice mills which had opened last year and the year before would be treated as old mills.

Due to shortage of space, if the miller is not able to deliver rice, he would not have to pay any interest, said Mr Ashu, while adding that to waive off that interest on quality cut, a case has already been favourably forwarded to the finance department.

He further informed that only one particular group with vested interests is on strike and is trying to misguide other rice millers, due to which out of total around 4000 rice mills in the state, only 1500 have been allotted till date. He urged the millers to apply before October 10 and avail maximum benefits being provided by the Punjab government.

To allay the apprehensions of the millers regarding shortage of space, he reiterated the commitment of the State to create space. He also informed that FCI has planned a movement of 7 LMT rice every month which shall lead to sufficient creation of space in the near future. He also assured the millers that no negative impact shall have to be borne by them in case of shortage of space.