Home Punjab Release all Sikh prisoners who have over-stayed their sentence: Sukhbir writes to... 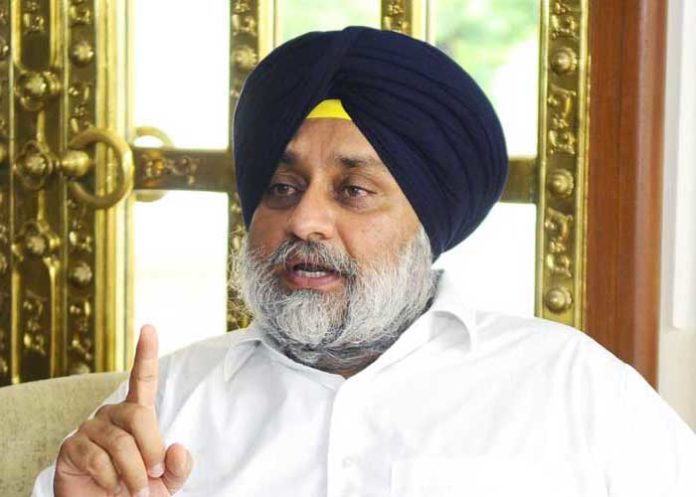 Shiromani Akali Dal president and former Deputy CM of Punjab Sardar Sukhbir Singh Badal today sought the “urgent and effective” intervention of Prime Minister Shri Narendra Modi to ensure ‘expeditious and across-the-board release of all Sikh prisoners languishing in different jails in the country even after serving the full term of their sentence.’

In a letter to the Prime Minister, Mr Badal said, “This gesture, urgently required to ensure the implementation of the rule of law in the country, will generate tremendous good will and trust in the minds of the aggrieved sections of society. Apart from its tremendously positive psychological fall-out , the step is a constitutional obligation of the government as these prisoners are being held in ‘illegal custody’ because there is no law in the country under which a person can be kept in prison for even a minute after the expiry of his sentence. But these Sikhs have been languishing in jails for years, some of them even for decades,”said Mr. Badal in his letter.

In a statement here this afternoon , Mr. Badal requested the Prime Minister to make this announcement “ as a mark of their profound reverence and devotion to the divine message of Guru Nanak Dev ji Maharaja whose 550th Parkash Utsav is being observed with religious fervour throughout the world. This will be a befitting tribute to the Guru’s call against injustice and repression in the world,” said the SAD president, adding that the step would also underline the government’s commitment to the Constitution of the country under which no one can be detained except through the due process of law.

Mr Badal said that the release of these prisoners would be in accordance with the spirit and goodwill generated by the Government of India’s earlier decision to scrap the Black Lists of the Sikhs living overseas. The step will also instill faith and trust in the hearts and minds of the members of the minority communities throughout the country , and will go a long way towards ending their sense of alienation from the national mainstream created by the long and brazen denial of justice to them under successive Congress regimes.

“The presence of each and everyone of these prisoners in jails after having served their full sentence is also a part of the same painful anti-Sikh legacy which saw tanks rolling into our holiest shrine Shri Harmandar Sahib to destroy Shri Akal Takht Sahib killing thousands of devotees, and thousands of innocent Sikhs massacred in cold blood by Government-sponsored Congress goons. Although the Narendra Modi Government has started the effective process of punishment to the killers of innocents, a lot still remains to be done,” wrote the SAD chief in his letter.