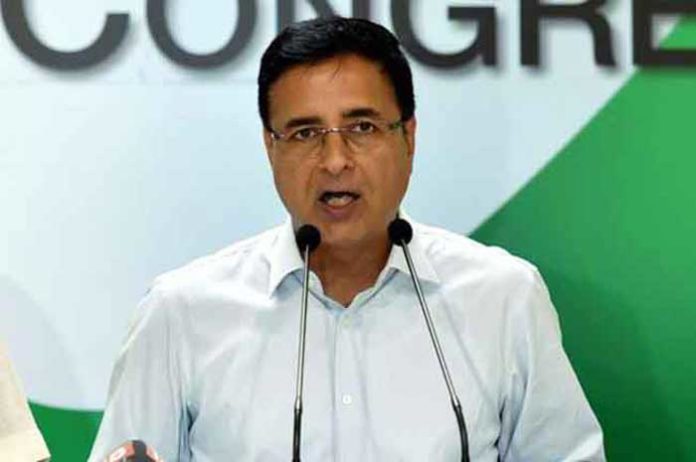 Senior Congress leader Randeep Singh Surjewala on Wednesday welcomed the International Court of Justice verdict to put on hold the death sentence to retired navy officer Kulbhushan Jadhav by a Pakistan military court in an alleged case of espionage and said refusal by the world court to allow his return to India is unnerving.

“We welcome and celebrate the decision of the ICJ in holding Pakistan to be in stark violation of Article 36 of the Vienna Convention and staying the illegally ordered execution of Kulbhushan Jadhav! Satyamev Jayate!,” Surjewala, who is also the national media in-charge of the party said in a series of tweets.

In another tweet, the Congress leader raised questions over the safety and well being of Jadhav and said, “Every Indian’s concern for safety and well being of Kulbhushan Jadhav remains unaddressed as ICJ has authorised rogue Pakistan to review and reconsider Jadhav’s case; and in a ‘manner’ and ‘forum’ of their choosing (Para 146)… leaving Jadhav vulnerable to another miscarriage of justice.”

He also attached the para 146 of the ICJ referring to the court order which stated that the obligation to provide effective review and reconsideration be carried out in different ways and the choice of means is left to Pakistan.

The Congress leader’s remarks came soon after the ICJ put on hold the death sentence given by a Pakistan military court to retired Navy officer Kulbhushan Jadhav in an alleged espionage case.

The ICJ also accused Pakistan of denying India consular access to Jadhav, saying it has not only violated the Vienna Convention on diplomatic relations, but has also ignored a 2008 bilateral agreement on consular access.

However, the ICJ in its verdict has decided not to acquit or release Jadhav.

In November 2008, India and Pakistan inked a bilateral agreement on consular access to the prisoners belonging to in both countries.  (Agency)