Home National Ready to go to jail for protecting Article 35A: Mehbooba Mufti 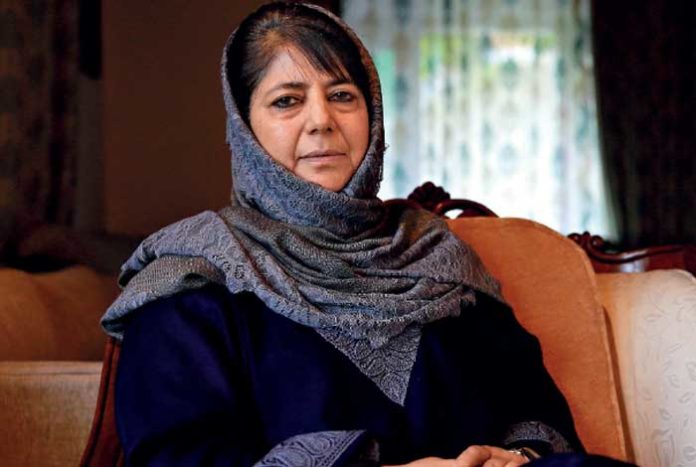 Former Chief Minister and Peoples Democratic Party (PDP) chief, Mehbooba Mufti, on Sunday said she is ready to go to jail for protecting Article 35A which talks about Jammu and Kashmir’s special status.

Addressing party workers on PDP’s foundation day, Mufti said: “Anybody trying to fiddle with Article 35A would be playing with dynamite. It would have such disastrous consequences that nobody would be able to control.”

She said her party would stand like a rock for the protection of state’s special status and that she was ready to go to jail while protecting the same.

Mufti also criticized former Chief Minister and Vice President of the National Conference (NC), Omar Abdullah, for saying that the decision of the Supreme Court on Article 35A would be accepted by the NC.

“No tinkering of any sort by anybody with Article 35A would be acceptable to the people of Jammu and Kashmir,” she asserted.  (Agency)