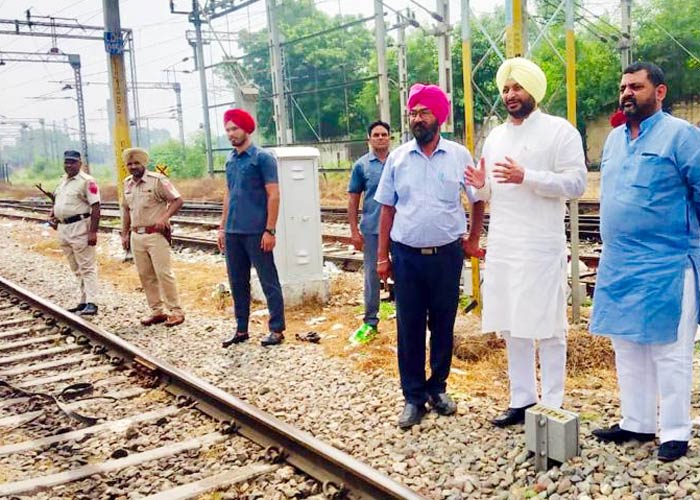 While providing further details, Mr Bittu said that slight modifications have been made to the design of the project by Lucknow based engineering wing. He said that as the design has been finalised, the construction work has started in full swing. He also informed that the iron girders to be used for this project have been fabricated in Ghaziabad and 45% of the material has already reached Ludhiana.

Mr Ravneet Singh Bittu said that he has made it clear to the concerned railway officials that this Rs 24 crore project should be completed by November 30, 2019 at every cost. He said that around Rs 8.5 crore would be spent only on the civil works. He informed that the girders would be assembled with the structure along the railway tracks and later with the help of cranes, the bridge would be joined together.

Mr Ravneet Singh Bittu said that the Capt Amarinder Singh led Punjab government is committed for the overall development of the state. He informed that special emphasis is giving towards the development of smart city Ludhiana. He further said that several development projects under Ludhiana Smart City Project are already undergoing in the city. And on the completion of these projects, Ludhiana would have best infrastructure.