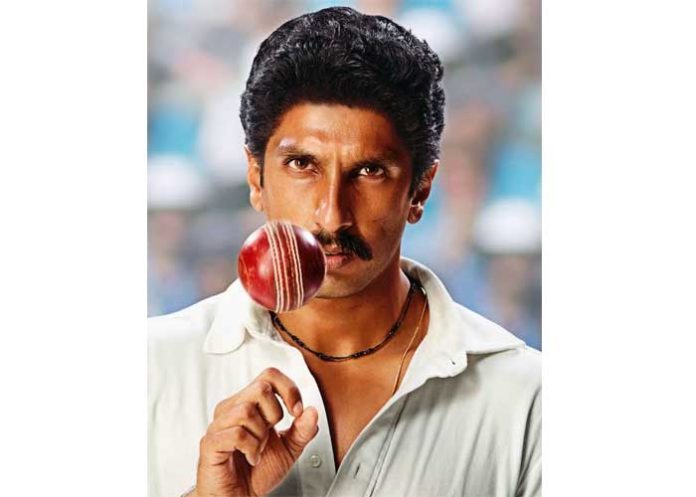 On his 34th birthday on Saturday, actor Ranveer Singh unveiled his look from the upcoming film “’83” in which he will be seen playing the iconic cricketer Kapil Dev.

Ranveer took to Twitter to share his look. In the image, the “Padmaavat” star is seen sporting a bushy moustache and hairdo. He can be seen flipping a leather ball in his hand.

The actor captioned the image: “On my special day, here’s presenting the Haryana Hurricane Kapil Dev.”

The movie will trace India’s historic victory at the 1983 cricket World Cup. Ranveer will be playing the role of former Indian skipper Kapil Dev and actress Deepika Padukone will essay his wife Romi.

This will be the first time Ranveer and Deepika will be seen featuring together in a film after their wedding. The star couple have previously worked in films like “Padmaavat”, “Bajirao Mastani” and “Goliyon Ki Rasleela Ram-Leela”.

“83” is being presented by Reliance Entertainment, and will release on April 10, 2020, in Hindi, Tamil and Telugu.  (Agency)