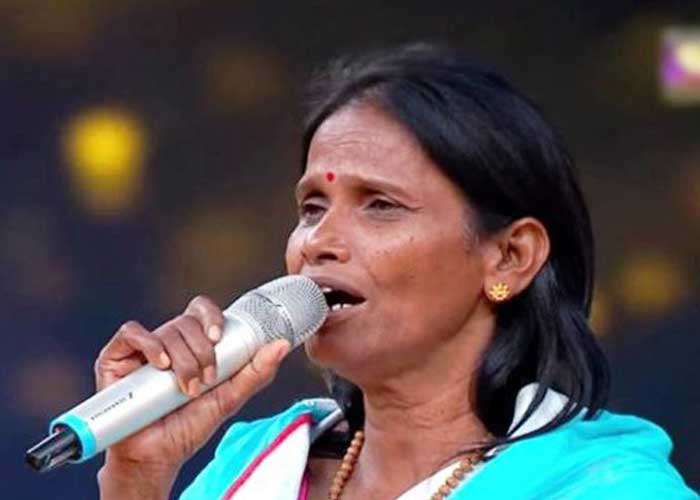 National Award-winning Bengali actress Sudipta Chakraborty has been offered the role of Ranu Mondal in a biopic of the railway platform singer-turned Internet sensation.

Confirming the development, Sudipta told: “Yes, I have been offered the film. However, I am yet to receive a script. I will decide if I want to play the character only after reading the script.”

Journalist-turned-independent filmmaker Hrishikesh Mondal is set to direct the film, titled “Platform Singer Ranu Mondal”, which will chronicle the singer’s journey from Ranaghat railway station in West Bengal to Bollywood.

“Sudipta Chakraborty has been approached for the role, but she is yet to give her nod. I think if anyone can pull off the character with perfection, it is Sudipta di. She is a brilliant actress,” said Hrishikesh.

The roadside singer-turned-Internet sensation deserves a biopic due to her fairytale success story, feels the filmmaker, who also believes this is just the right time to make a film on her because people are curious to know about Ranu.

“People are curious to know about Ranu Mondal’s life. She became a singing sensation overnight thanks to social media, so people are very interested to know more about her. Also, the film will highlight the power of social media in the present times, which has turned roadside singer Ranu into a star,” said Hrishikesh.

Sharing his experience of meeting Ranu Mondal while researching for the script, the Nabadwip-based Hrishikesh said: “From what I have gathered after meeting and talking to her several times, she comes from an educated family, she loves music and has been singing right from her childhood. She is a simple and sweet person, and emotional by nature.”

He added: “Ranu di asked me not to show anything in the movie about her life that would hurt her. Apart from that, she has been very cooperative regarding the biopic and has helped me with a lot of information and anecdotes from her life. She is a believer in God and is a very helpful person. She has been very nice and kind to me. I have also spoken to her daughter while writing the script.”

If Sudipta agrees to play Ranu in the film, the rest of the cast will be finalised soon and shooting could begin by October-end, said the director.

The makers have also approached Ranu for a guest appearance in the film, but whether the audience will get to watch Ranu in her own biopic is still not finalised. Hrishikesh is waiting for the singer to return from Mumbai, after which a few more meetings will be held with her team. Singer-composer Sidhu (Cactus Band) will be creating the music for the film, where music will play a crucial role.

Parts of “Platform Singer Ranu Mondal” will be shot in Ranu’s hometown Ranaghat, while a few scenes will be shot in Mumbai, apart from a Kolkata studio. The film is being produced by Shubhojeet Mondal and is expected to hit theatres in February next year.

Hrishikesh Mondal started his film career as an assistant director with the late acclaimed filmmaker Bappaditya Bandyopadhyay. He has directed two Bengali films — “Achena Bondhutto”, a film based on the LGBT community, which released in 2015, and “Kusumitar Goppo”, a biopic of female footballer Kusumita Das, which has released earlier this year.

Hrishikesh is working on his third feature film right now, which he expects to wrap up before starting the shooting of the Ranu Mondal biopic.  (Agency)