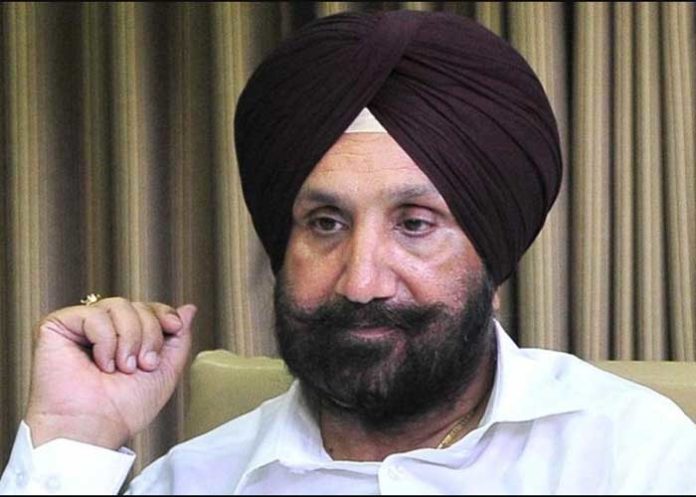 Punjab Cooperation Minister Sukhjinder Singh Randhawa has called for Akal Takht intervention against sabotage by the Badal family of the joint celebrations of Guru Nanak Dev’s 550th anniversary by the Shiromani Gurdwara Parbandhak Committee and the state government. He pleaded with Jathedar Giani Harpreet Singh to seek explanation from SGPC chief Gobind Singh Longowal for violating decision on joint celebrations.

In a letter to Giani Harpreet Singh, Randhawa, who along with his cabinet colleague Charanjit Singh Channi represents the Punjab government on the committee that was constituted by the head of this supreme institution of the Sikhs, recalled that the decision to jointly organise the celebrations by the SGPC and the Punjab government was taken at a meeting on June 29. The initiative for the joint celebrations had come from the Jathedar to which the state government had responded positively.

He said it was decided that the SGPC would be entrusted with the religious aspects at the joint stage while the state government would look after the other arrangements. The details including invites to the dignitaries were to be worked out at the next meeting chaired by Jathedar Harpreet Singh with participation by Chief Minister Capt Amarinder Singh and Gobind Singh Longowal.

He asserted this decision was violated within no time as Akali Dal President Sukhbir Singh Badal and his wife and Union Minister Harsimrat Kaur Badal allegedly pressured Longowal to accompany them to extend invitation to Prime Minister Narendra Modi. The state government was not even informed.

Mr Randhawa said, “In spite of violation act of Gobind Singh Longowal, he along with an another representative of Punjab Government participated in the meeting of joint committee appointed by Sri Akal Takht Sahib at Amritsar on September 17 to finalize the modalities of joint program to be organized on November 12 at Sultanpur Lodhi. But on September 21, SGPC president again went to Delhi to invite President Ram Nath Kovind, too with the same set of people.”

The Cooperation Minister said with the unilateral action of inviting the President and the Prime Minister, the SGPC was itself violating the unanimous decision taken under the aegis of Akal Takht for joint celebrations. He pointed out that it is the SGPC that is perceived to implement the directions from the Akal Takht. He alleged that Gobind Singh Longowal was functioning under the diktats of the Badal family.

He alleged the Badal family had sabotaged the decision for joint celebrations of the 550th anniversary to seek restoration of its own legitimacy in the Sikh political space and dominate the historic occasion.

He pointed out that then Chief Minister Parkash Singh Badal had earlier in 1999 had similarly sabotaged joint celebrations of the Khalsa tercentenary by sacking both Akal Takht Jathedar Bhai Ranjit Singh and SGPC chief Jathedar Gurcharan Singh Tohra.

He made it clear that the state government was all out for jointly organising the November 12 celebrations provided Longowal stopped functioning as puppet in the hands of the Badal family.