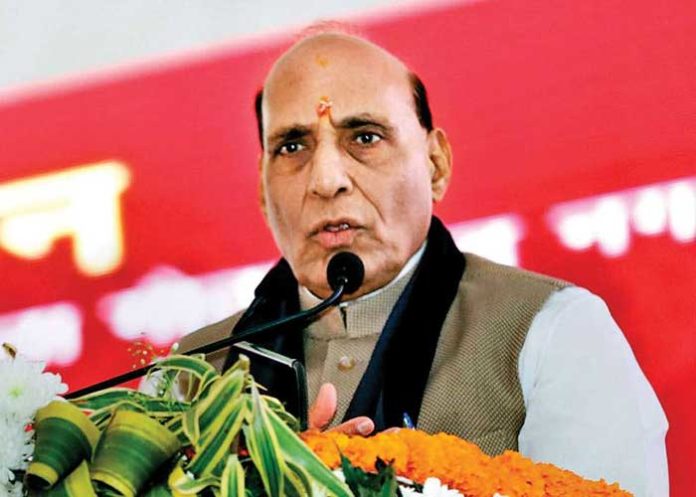 Union Defence Minister Rajnath Singh on Sunday held detailed discussions with Chief of Defence Staff (CDS) General Bipin Rawat and all three service chiefs on the India-China border standoff in eastern Ladakh in the backdrop of the recent clash between troops of the two countries that led to the killing of 20 Indian soldiers.

In the over half-hour discussion at his residence, Singh reportedly suggested to the CDS and the three service chiefs to be “fully prepared” to take any unprecedented action as per the situation on the Line of Actual Control (LAC) in view of the ongoing situation in Ladakh. It is learnt that the Army has been advised by the Defence Minister to be very cautious during patrol duty and enhance strict vigil at the border with China.

The other two forces have been asked to keep proper observation on land and sea lanes. The minister also discussed some critical defence deals which are expected to be inked during his visit to Russia. Singh’s meeting took place ahead of his June 24 visit to Russia where he will witness the Victory Day Military Parade being organised in Moscow on the 75th anniversary of the Russia victory in World War II.

A tri-service 75-member Indian military contingent has already reached Moscow to participate in the Victory Parade along with Russian contingent and other invited contingents. The marching contingent taking part in the Victory Day Parade is led by a major rank officer of the gallant Sikh Light Infantry Regiment. The Regiment had fought with valour in World War II and has a proud distinction of earning four battle honours and two military crosses among other gallantry awards.

The visit of the Defence Minister will strengthen the longstanding special and privileged strategic partnership between India and Russia.

The meeting was held a day after India’s strong rejection of China’s claim of sovereignty over Galwan Valley in eastern Ladakh where 20 Indian soldiers were killed on June 15 during a “violent face-off” after the People’s Liberation Army (PLA) attacked them. The External Affairs Ministry clarified that China’s claim over Galwan Valley was not in accordance with its own position in the past, noting that attempts of transgression by Chinese side were invariably met with appropriate response from the Indian troops.  (Agency)