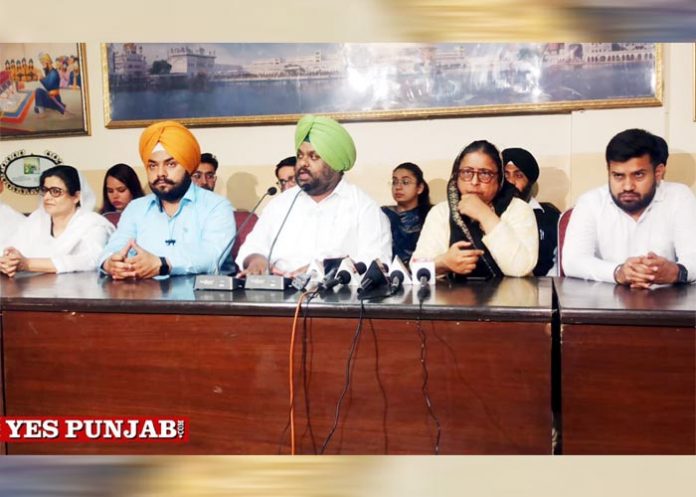 New Delhi, April 9, 2021 (Yes Punjab News)
Legal team consisting of 150 young lawyers of Delhi, which is fighting farmer cases in National Capital on behalf of Delhi Sikh Gurudwara Management Committee (DSGMC) has termed statement of farmer leader Balbir Singh Rajewal as unfortunate and said that Samyukat Kisan Morcha has posted several times on its social media accounts about role of DSGMC in matter and names of advocates are also part of record of these cases.

They said that Morach regularly posted in Morach’s FB pages and Instagram accounts on release of farmers day to day and role of the DSGMC in these cases. They said that anyone can see these pages anytime to verify their claim. They also showed screenshots of these posts during the press conference.

They further disclosed that all the cases were faught by these lawyers without charging a single penny. This also said that Kisan Morch had invited them for honouring them by these lawyers had refused to get honoured until all farmers are out of jail.

They also said that the DSGMC has spent a huge amount of money for giving sureties in courts for poor farmers who were unable to give their sureties.

They also said that Mr. Sirsa had given them his office to work on the issue and they were still using it. They said that even Morcha legal team had also used Mr. Sirsa’s office.

They said that they had worked for strengthening Morcha and even motive of today’s press conference was to urge Mr. Rajewal to get equipped with the facts and withdraw his statement.