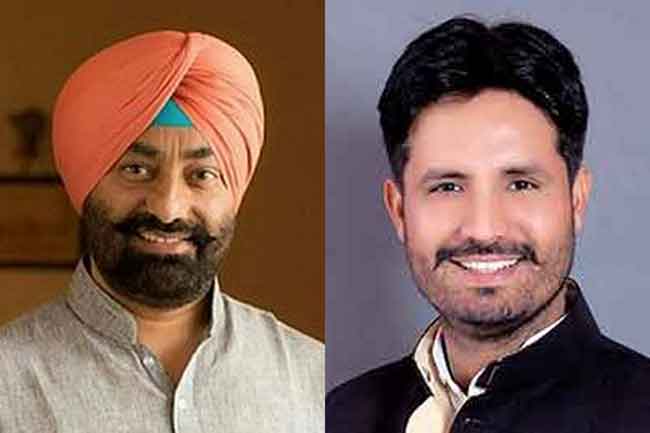 In a hard hitting statement Khaira said that Raj Warring during an election meeting in Budhlada yesterday had provoked Hindus against Sikh community and recalled how Sikh militants killed Hindus during militancy, forcing them to wear turbans and grow beards. He categorically stated that Hindus were forced to migrate from Punjab and most of Hindus from Budhlada had fled to Delhi.

Khaira said that Raja Warring was addressing a gathering of Hindu community and sought votes in the name of Sikh militancy which is highly objectionable and amounts to violation of model election code besides creating communal hatred.

He said that Congress candidate had no courage to seek votes on development agenda because Budhlada and Sardulgarh are most backward areas of state. He said that Raja Warring must explain to people why Capt Amarinder Singh government has failed to develop these areas. Budhladha is most effected by cancer due to poisonous under ground water.

Khaira said that Raja Warring was a shallow and double faced person. While in Hindu dominated areas he rake up issue if Sikh militancy and eulogizes former CM Beant Singh and former DGP KPS Gill.

In rural areas where Sikhs are in majority he raises issue of sacrilege of Guru Granth Sahib. He said that Congress party had failed to arrest the accused in sacrilege cases and playing divisive politics. He cautioned Hindus and Sikhs to beware of evil designs of Raja Warring who is trying to push Punjab into turmoil.

He reminded Raja Warring that it was Congress government which attacked Sri Harmandir Sahib in 1984 and killed thousands of Sikhs in Delhi. He stated that Raja Warring had never visited a single family of victims of anti Sikh riots and Behbal Kalan firing. Instead of raising voice for 1984 riot victims, he was moving around wearing T-shirt ‘Indira Gandhi is my mother’ printed on it. .

He said that recent statement by Sam Pitroda on 1984 anti Sikh riots shows the mind set of Congress party. He said that the blot on face of Congress can’t be washed away by any apology.

PEP president said that Raja Warring had no value of human rights. He was misleading people on various issues and playing dirty politics by evoking communal sentiments. He appealed to people of Bathinda Lok Sabha seat to reject such candidates who are not committed to public issues.

He said that Bathinda district was facing numerous problems. He said that situation was same in whole of Punjab where Congress and SAD were not contesting election on public issues like drinking water, education, health nd drugs. He promised that Punjab Democratic Alliance will give a clean political alternative to people of Punjab.

Khaira hoped that people of Punjab would repay the Congress and SAD in same coin and defeat them in the Lok Sabha polls for good future of Punjab.