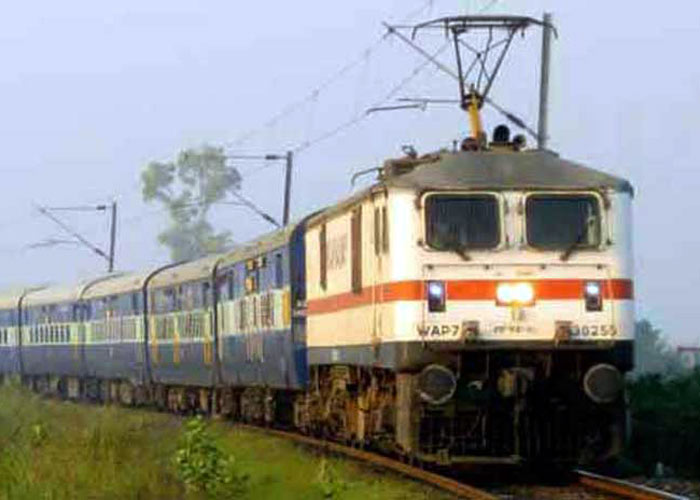 In a bid to make itself carbon-free by 2030, the Indian Railways has initiated a number of major initiatives to mitigate global warming and combat climate change.

In a statement, a railways spokesperson said here that it has completed electrification of more than 40,000 route km (RKM), which is 63 per cent of the broad- gauge routes, in which 18,605 km electrification has been done during 2014-20.

“All routes on the broad-gauge network have been planned to be electrified by December 2023. Indian Railways is focusing on electrification of the last-mile connectivity and missing links. With this in mind, 365 km of major connectivity work has been commissioned during Covid-19 period,” he said.

The official said that during the nationwide lockdown, the railways commissioned 99 RKM Katni-Satna section of Mumbai-Howrah route via Allahabad, thus providing an alternate route to Howrah.

Similarly, 88 RKM of Pachore-Maksi section on the Indore-Guna-Bina route has also been commissioned, providing an alternate route to Maksi-Bhopal-Bina.

He said that on the Howrah/Sealdah-SVD Katra via Patna route, 45 RKM of Bhagalpur-Shivnarayanpur section has been commissioned.

The official said that the railways has also taken a number of initiatives to promote solar energy.

“The Indian Railways is working to harness the potential of 500 Mega Watt (MW) energy through rooftop Solar panels and till date, solar plants with 100-MW capacity have been commissioned on rooftops of various buildings including 900 rail stations,” he said.

“Solar plants with a combined capacity of 400 MW are under different stages of execution. Tenders are already awarded for 245 MW and the target for the completion of these plants is December 2022,” the official said.

The railways, which has over 51,000 hectares of land pool, is trying to produce power from land-based solar installations for running trains.

The 51,000 hectares hold the potential to set up 20 GW land-based solar plants. The solar power so generated will be fed to a central or state grid or directly to 25 kV AC traction system.

“The Railway Energy Management Company Limited (REMCL), a Joint Venture Company of Indian Railways (49% equity) and RITES Limited (51% equity), has been mandated to take up land-based projects,” he said.

The official pointed out that one project of 1.7 MW at Bina in Madhya Pradesh in collaboration with Bharat Heavy Electricals Limited (BHEL) has been installed and is under extensive testing. “This is the first-of-its-kind solar project in the world,” he said.

Initially, as regards the land-based solar projects, the railways has taken up a 3-GW solar project in three phases.