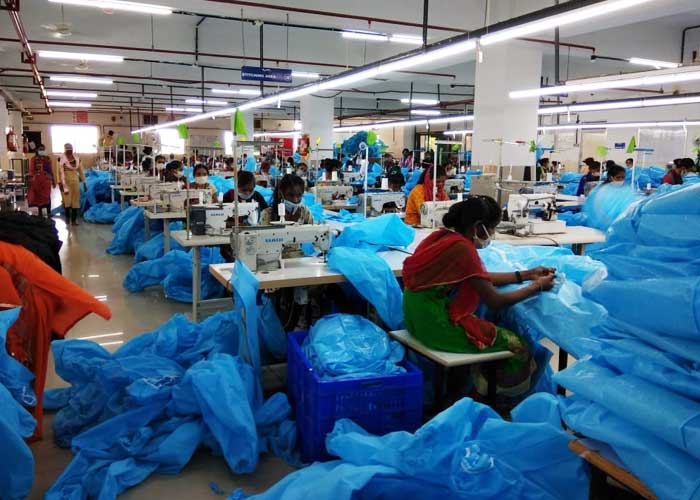 The Indian Railways, which started the manufacturing of personal protection equipments (PPE) at its various production units, has developed a process of stitching with hot air seam sealing tape for higher reliability.

According to railway ministry officials, the new technique has been developed by the Central Railway’s Parel workshop, which developed a process of PPE coverall stitching with hot air seam sealing tape.

“This process has enabled higher rate of production as the tape application is fully automated. And it has resulted in better seam sealing due to fusion of tape with fabric, which means higher reliability in case of long time use by medicos,” an official said.

The official said that sample coverall was tested at Ordnance Factory in Muradnagar and passed for both fabric and seam.

The official also said that these PPE garments were to be stitched by the Jagadhari Workshop of Northern Railway. The work of stitching of PPE was also undertaken at the Parel workshop as per Northern Railway procedure in which seam sealing was being done by manual application of self tape.

“However, during manufacturing, it was noticed that the manual sealing of seam is labour-intensive and time-consuming.

“Thus, the aspect regarding seam sealing was studied in detail by Parel workshop and after examining various options, sealing of seams by hot air tape was found effective and reliable as compared to self adhesive tape. And because of automated process, adherence of hot air seam sealing tape to fabric was much better,” he added.

The railways has also started to manufacture hand sanitisers, face masks, medical beds, stools at the production units and workshops during the nationwide lockdown.  (Agency)