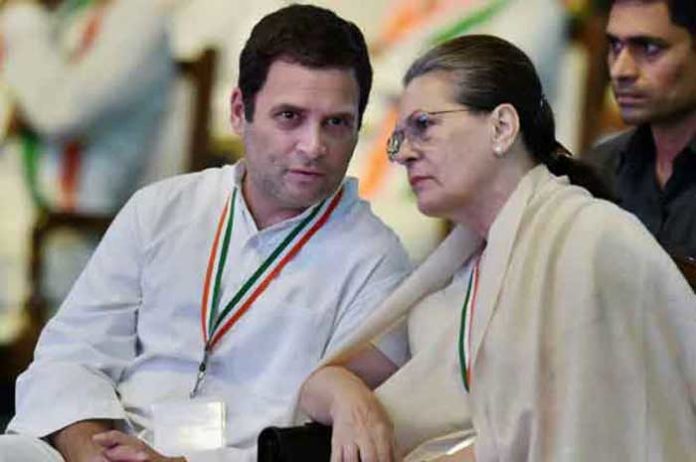 Months after the party’s second successive dismal performance in the Lok Sabha elections, the overall popularity of the top Congress leader, interim President Sonia Gandhi, has shown a dip while that of Rahul Gandhi, who quit as chief in wake of the results, seems to be rising.

As per IANS-CVoter R-Day ‘State of the Nation’ Republic Day survey, released on Sunday, an overall average of 49.5 per cent are satisfied with Sonia Gandhi, who is also the UPA Chairperson, while 50.5 per cent are not, indicating a deficit of 1.1 percent.

Rahul Gandhi’s popularity ratings, however, show a net approval of 5.6 per cent.

Sonia Gandhi has been leading the party since August last year after Rahul Gandhi resigned from the post. Since then, she has led the party to victory in Jharkhand in alliance with the JMM and the RJD and to form a government in Maharashtra along with the NCP and the Shiv Sena. The Congress also performed much better than expected in Haryana under her watch. Despite all this, her popularity ratings showed a negative in the survey figures.

As per the survey done across all the states, Sonia Gandhi is most popular in Telangana where 50.5 percent people said that they are very much satisfied with her, followed by Kerala (43.3 per cent) and Andhra Pradesh (37.9 per cent)

She is least popular in Himachal Pradesh with only 14.5 per cent people responding with “very much satisfied”.

Rahul Gandhi’s stock appears to be rising in southern India. Elected as an MP from Kerala’s Wayanad after losing in family bastion Amethi (UP), he is most popular in the state with 51.9 per cent people “very much satisfied” with him. He enjoys least popularity in Haryana with only 17.7 per cent of people expressing satisfaction with him.

The popularity of the Gandhi scion in Puducherry is at the highest level with 76 per cent favouring him.

Overall, he has not gained the confidence of half the population as per the survey with only 28.2 per cent of people very much satisfied and 24.6 percent people satisfied to some extent, but the over all figure only 47.2 per cent.