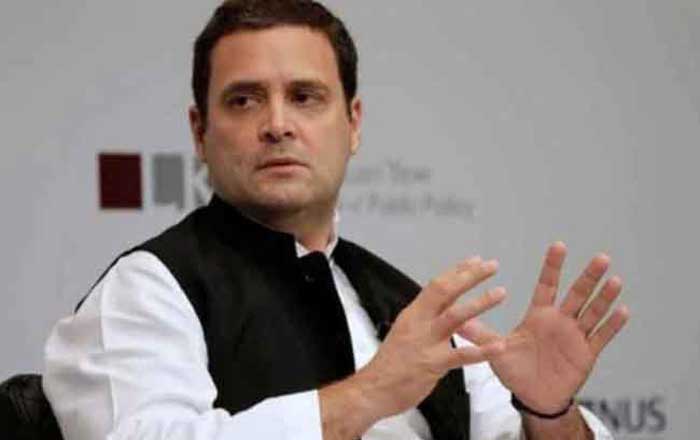 Wayanad has been witnessing protests for the past 10 days to allow night travel through the Bandipur Tiger Reserve. The state government too is in favour of removing the travel ban on National Highway 766 between 9 p.m. and 6 a.m.

Rahul Gandhi arrived at the protest venue in Sulthan Bathery near hear and spend 45 minutes with the protestors. While addressing them, he assured them of engaging country’s top lawyers to fight the case in Supreme Court.

“The thoughts of all the people are here at the protest venue. All political parties are united in this protest and there is no political difference.

“This issue has to be resolved and it has to be done in an intelligent way. A solution is possible as this has been achieved in other parts of the country, so in all fairness Wayanad also should get that.

“Now this is in the Supreme Court. I have also spoken to our legal experts and have asked for help. I assure all of you that the best legal resources in the country would be employed,” said Rahul Gandhi.

On Thursday around 25,000 students held a rally against the night ban.

Earlier, Rahul Gandhi had discussed the matter with Kerala Chief Minister Pinarayi Vijayan at the Kerala House in Delhi on Tuesday.

The Chief Minister has taken up the issue with the Centre and a study team is expected to arrive here to prepare a feasibility report.

The night traffic ban was introduced following a directive from the Mysuru Deputy Commissioner in 2009 to provide wild animals a reprieve from the vehicular movement. It was challenged in the High Court of Karnataka, but the decision was upheld and the matter is now being heard in the Supreme Court.

The length of the NH-766 is 272 km, and 34.6 km of this passes through the Bandipur and Wayanad national parks. The road cuts through 19.7 km of the core zone of Bandipur and 4.5 km of its buffer zone.