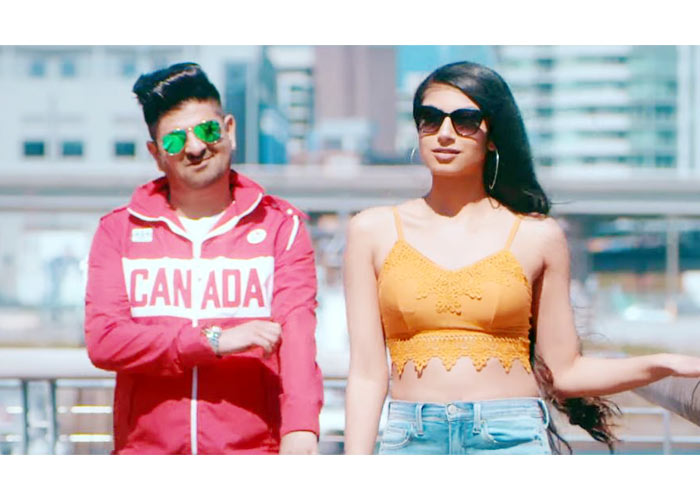 Remakes and recreations of songs and movies are the new trend in modern times. However, the cherry on the cake is when the artist himself recreates his song. This time ‘Nooh Banja’ fame ‘Teji Sandhu’ has released this song with the name ‘Be My Bride’.

The lyrics of this number are penned by Teji Sandhu himself. Oye Kamal has given the music under Arsara Music label which has also produced movies like ‘Goreyan Nu Daffa Karo’. They have recently released back to back songs like ‘Range’ by Aarsh Benipal and ‘Tera Eh Pyar’ by Nachattar Gill. JCee Dhanoa has directed the video of the song. This song is Sunny Jandu’s presentation. This whole project is produced by Sukhjinder Bhachu.

At the release of the song, Teji Sandhu said, “Recreating your own song is a fun part. However, we are releasing it again with new music and different lyrics except for Sathai. I am highly obliged to the audience for loving the track ‘Nooh Banja’, that it is still fresh in the audience’s mind. I just hope they will shower their love to this one also.”

The director of the song, JCee Dhanoa said, “We all have loved the track ‘Nooh Banja’ but it was really challenging to mix it with contemporary style. I have tried my best to do justice to the track and I hope people will appreciate this track.”

“We are so thankful to the audiences for loving the tracks and projects we have produced. And incoming projects, we will try to invest in the projects that will be entertaining. ‘Be My Pride’ song is definitely going to be superhit”, the producer of the song Sukhjinder Bhachu said.

The song ‘Be My Bride’ has already been released on Arsara Music’s official YouTube channel.