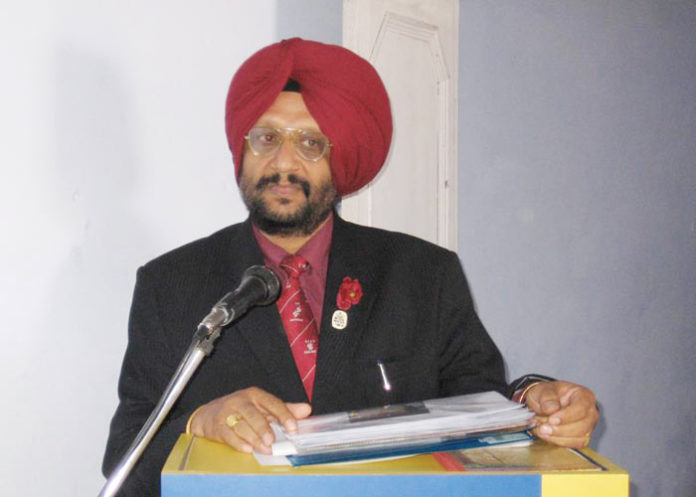 Talking to press at Rosehill Sydney, the Director of Vishav Punjabi Sahit Peeth and Convenor of the NRI World Organization (NRIWO) Dr Amarjit Tanda said that in Punjabi literature the tendency is to regard ethnicity as self-identification of a group, or on ancestry, culture, and language.

In India and Pakistan they still share belief in common descent and partially have common cultural practices. Folklore and folk songs Qissas of Pooran bhagat Heer Ranjha are inalienable. Heer Sahiban Sohni are common for both lands.

Punjabis are not making enough efforts to preserve and develop its mother tongue and widen its social boundaries. Europe made efforts to standardize and promote its mother tongue converting it into the main means of communication at all levels and facilitating through the language.

Neither Punjab government nor writers doing sufficient efforts for the mother language of the land. Almost all boards are in English or Hindi. Now Hindi is being imposed in Punjab too. Ek desh ek bhasa. Punjabi may die with its own death or may suicide itself in any night.We will never let this happen in Punjab Dr Tanda added.

Dr Tanda said that it is also very important to learn your Punjabi language before learning other languages. All over the world we write and speak Punjabi at home and English at work. However for knowledge sake one may learn other languages.

Punjabi writers and associations should sincerely work for the promotion of Punjabi language to instill a sense of pride among those speaking Punjabi and making the youth more aware about the language.

All the institutions, departments and Punjabi writers should work unitedly for Punjab, Punjabi and Punjabiat for the coming generations.