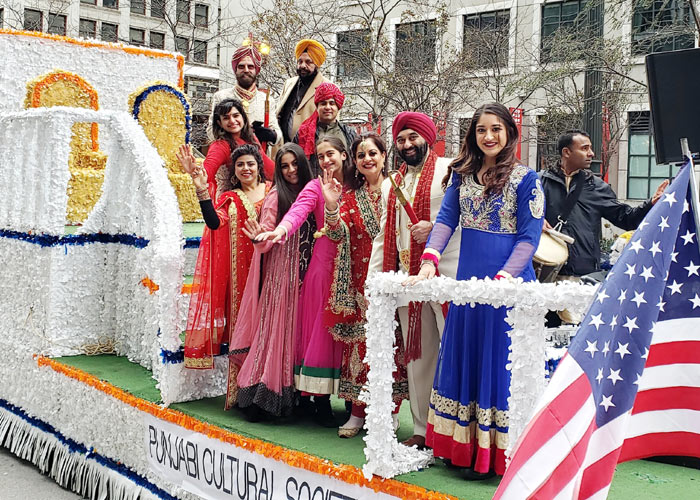 The Punjabi Cultural Society of Chicago (PCS) (www.PCSChicago.org) kept up its tradition of participating in the Chicago Thanksgiving Parade held on Thanksgiving Day,Thursday November 28, 2019, on State Street in the heart of downtown Chicago.

Thanksgiving Parade is the biggest parade in Chicago and the city’s premier holiday event. Several thousand performers, with floats, balloons and marching bands, traveled north from Congress to Randolph for three hours, starting at 8 a.m.

Chris Sullivan of the NBC TV’s program “This Is Us” and Miguel Cervantes of the Chicago production of “Hamilton” served as grand marshals.

Villages all around the Chicagoland and cultures from around the world were represented through more than 90 units in the parade.

Santa Claus was present. dancing to a club mix from his sleigh among marchers waving balloon creations.

PCS participants worked the crowd and the spectators loved Punjabi Bhangra music and danced along with Dhol and Mona Bhalla’s live singing.

Guests cheered and waved at the entertainers as the decorative floats drove by and gazed up as the skyline filled with giant helium balloons, led by Teddy the Turkey, the parade’s official mascot.

Chicago’s Thanksgiving Day Parade started back in the 1930’s, when it was called the Christmas Caravan. The parade was created to help lift the spirits of those suffering through the Great Depression. It continues to raise spirits and has transformed into the large spectacle it is today with equestrian performers, fire twirlers, dancers, giant helium balloons, decorative floats, and Teddy the Turkey.

Thousands lined up downtown to see the official mascot Teddy Turkey, Santa Claus himself and more than 90 groups marching in the downtown spectacle.

The parade was first launched in 1934 as the “Christmas Caravan,” intended to cheer up city residents in the depths of the Great Depression. And the beloved tradition has carried on.

“PCS has been participating in this parade since 2005. Itgives our community great exposure in the mainstream, and it shows ourcommitment to celebrate the American festivals, in solidarity with the American people,” said Rajinder Singh Mago the coordinator of the PCS float participation.

“The theme of the PCS float and its contingent was an Indian Maharaja weddingprocession (Baraat), Mona and Manjeet Bhalla played the bride and the groom in their wedding outfits,” he added.

Originally called the “ChristmasCaravan” in the 1930s, the Parade was created in 1934 to help lift thespirits of residents suffering through the Great Depression. It was an effortto stimulate economy and cheer up Chicagoans. Since then the annual Parade has evolved into a high-quality family fun event and a full-scale holiday spectacle. 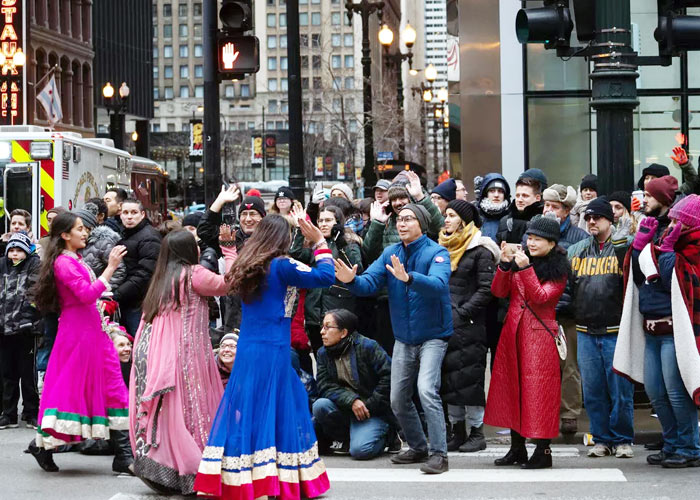 It attracts hundreds of thousands of spectators on the street and millions watching on TV at home. The parade was televised live on WGN TV Channel 9 and WGN America from 8:00 am to 11:00 am, and rebroadcast on CLTV the same day 1 pm – 4 pm where millions watched from across the country.

Punjabi Cultural Society of Chicago (PCS) is an all volunteer nonprofit 501 (c)3 organization promoting education, good citizenship, community development, civic commitment and involvement, and preserving Punjabi culture, language, sports and performing arts among its community members and also mainstream Americans in the Midwest and beyond.

PCS caters to this need both by directly organizing events that bring community members together from all over the Midwest region, and by facilitating participation of its community members in mainstream activities. 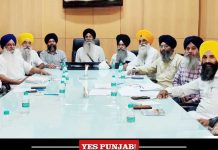 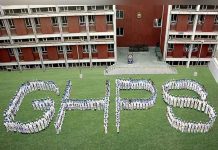 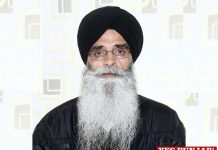