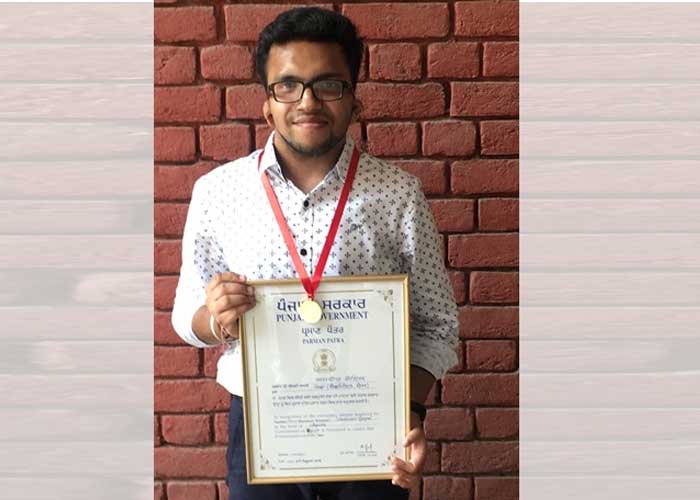 Yashveer Goyal, a differently-abled sportsperson and IT whiz kid from Bathinda, Punjab, has been selected for a national award to be given by President Ram Nath Kovind next month.

Yashveer, 20, has hearing and speech impairment.

The award for the Empowerment of Persons with Disabilities of 2019 will be awarded to him in the Role Model Hearing Impairments (Male) category on December 3 in New Delhi.

Goyal this year added another feat to his cap by winning gold in doubles category and bronze in single category at the 10th Punjab State Deaf Badminton Championship which was held in September in Jalandhar city.

By winning two medals, Goyal has got selected in the state badminton team that would participate in the national badminton championship for the deaf to be held in Gurugram in January 2020.

Last year, Goyal won silver in doubles category and bronze in the individual category in the championship.

He also won silver in men’s (Senior) category in the 11th Punjab State Deaf Chess Championship. He is hearing and speech impaired since his birth and also suffered from congenital deformities.

Goyal to his credit has the achievement award in the Global Information Technology Challenge for Youths, held in Hanoi in Vietnam in 2017 and the gold and the overall trophy in National IT Championship for Youths with Disability held at the National Institute of Technology in Kurukshetra in 2017.  (Agency)