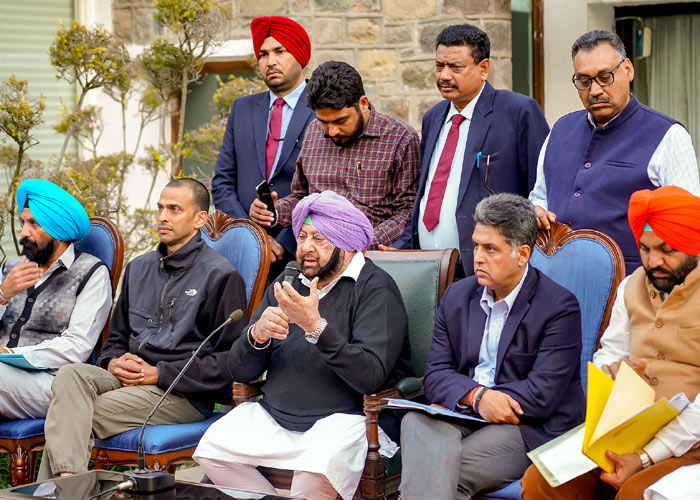 Even as he warned private players against messing with Punjab’s finances, Chief Minister Captain Amarinder Singh on Monday said his government would renegotiate the Power Purchase Agreements (PPAs) which the erstwhile Akali government had signed to defraud the state and its people.

Given the shortfall in production by the state-owned power plants at Lehra Mohabbat and Ropar, the Chief Minister said his government would work around the existing arrangements with the private players to make the power rates more affordable while ensuring that the peak demand of 13,000 Mega Watts is effectively met.

Addressing the newly elected Punjab Youth Congress (PYC) office bearers over tea, the Chief Minister said the state’s financial position was on its way to consolidation as a result of his government’s efforts of the last three years and any attempt to scuttle the momentum would not be tolerated.

Exhorting the young PYC members and office bearers to play a proactive role in safeguarding the nation’s cherished ideals of secularism and pluralism, Captain Amarinder described the positivity and energy exhibited by the youth against the nefarious divisive designs of the BJP was reassuring.

Listing out his government’s various pathbreaking achievements in agriculture, education and other key sectors, Captain Amarinder asked the youth wing to support the various initiatives in a mission mode to ensure that their benefits percolate down to the masses, and to thwart the Opposition’s negative propaganda against the government.

The Chief Minister underlined the importance of skill-based and quality education to equip the youngsters to meet the current challenges on the national and global stage. Pointing to his government’s drive to create more smart schools, he pointed out that 5500 such schools had already been made operational and the target was to scale it up to 13000 within this year.

On the industrial front, the Chief Minister said that over Rs. 60,000 Crores of investment had already taken off the ground, and more investment would come in this year.

Captain Amarinder hoped the exuberance shown by the young leaders would further enhance penetration of the state government’s various pathbreaking pro-people policies at the grassroots. He also assured them of his proactive support at all levels for any work in the interest of the state and its youth.