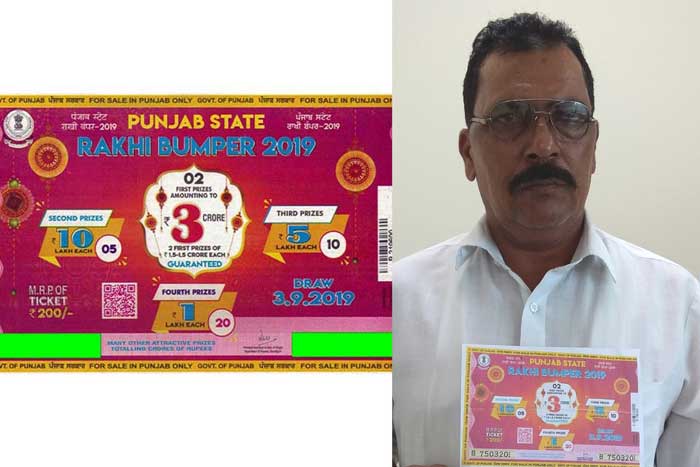 Disability is just a matter of perception. With unconquerable will and doughty spirit you can change the destiny. If anyone wants to see this materializing then he has to meet Harbhagwan Gir, who lost his left arm in childhood but he is a crorepati now with hitting a jackpot of Punjab State Rakhi Bumper-2019.

After submitting the documents to the Punjab State Lotteries Department at Chandigarh for encashment of the prize, Harbhagwan Gir said that he had never thought in his wildest dreams that he will become a crorepati overnight. It’s still hard to believe that I have become a crorepati and it’s like a dream come true for me.

Hailed from Bahadurpur Fakiran village in Patiala district, Harbhagwan is now living in a rented house at Zirakpur. Father of two daughters and son, Harbhagwan said that his elder daughter is married and a daughter and a son are studying in twelfth class.

Talking about the future planning, he said that firstly he would buy a house in tri-city with the prize money which would also be a great help for him to get his children pursue higher studies and settled in life.

He also expressed satisfaction over the transparent and smooth system pertaining to the draw of lotteries adopted by the Punjab State Lotteries Department.