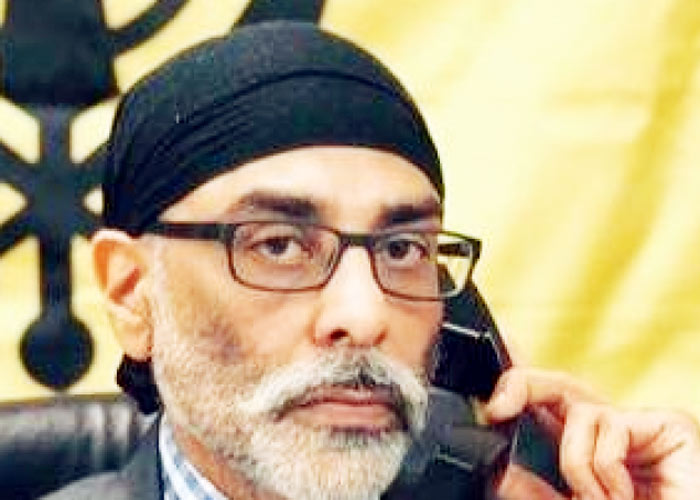 The Punjab Police on Friday booked Gurpatwant Singh Pannun and his banned Sikhs for Justice (SFJ) for seditious automated calls aimed at instigating the people, particularly youth, against the state government during the COVID-19 curfew/lockdown.

Cases have been registered against Pannun and US-based SFJ under Section 124 A of IPC, and Sections 10 (a) and 13 (1) of Unlawful Activities (Prevention) Act, 1967, at the State Special Operations Cell, Mohali, disclosed DGP Dinkar Gupta.

According to Varinder Pal Singh, AIG State Special Operations Cell (SSOC), Mohali, Punjab, preliminary enquiries have revealed that Pannun was involved in the commission of seditious acts of advocating secession of Punjab through automated calls as well as pre-recorded audio messages to various residents of Punjab and nearby areas in March and April 2020, with the intention to foment trouble in Punjab.

Since the spread of the COVID-19 pandemic in India, Pannun, his associates and his organization were found incessantly disseminating seditious contents on social media to further frustrate and instigate the already anguished and distressed masses of Punjab.

Disclosing the modus operandi, the AIG said that in one such recorded audio message, sent from an International number (+1-8336101020) of North America region, Pannun instigated the listener by alleging that the central government and the Punjab government were torturing the youth in the name of enforcing the ongoing curfew-lockdown in the State due to COVID-19 pandemic.

The pre-recorded interactive voice response messages through telephone calls as well as audio messages to the people of Punjab belonging to various walks of life from New York (USA) are being made for pushing the secessionist agenda of his self-styled organization Sikhs for Justice, said the AIG.

Pannun, who claims to be calling from New York , was also heard in his pre-recorded interactive voice response messages offering monetary help of Rs.2,000/- from SFJ to each of the COVID-19 patients in Punjab.

It may be recalled that on 10th July 2019, SFJ was declared to be an ‘Unlawful Association’ by the Ministry of Home Affairs, Government of India as it was found to be indulging in activities which are prejudicial to internal security of India and public order, and have the potential of disrupting peace, unity and integrity of the country.

Furthermore, the central government was of the opinion that SFJ is involved in anti-national and subversive activities in Punjab and elsewhere, intended to disrupt the sovereignty and territorial integrity of India. SFJ was also found to be in close touch with militant outfits and activities, and is supporting violent form of extremism and militancy in Punjab and elsewhere to carve out a sovereign Khalistan out of territory of Union of India.