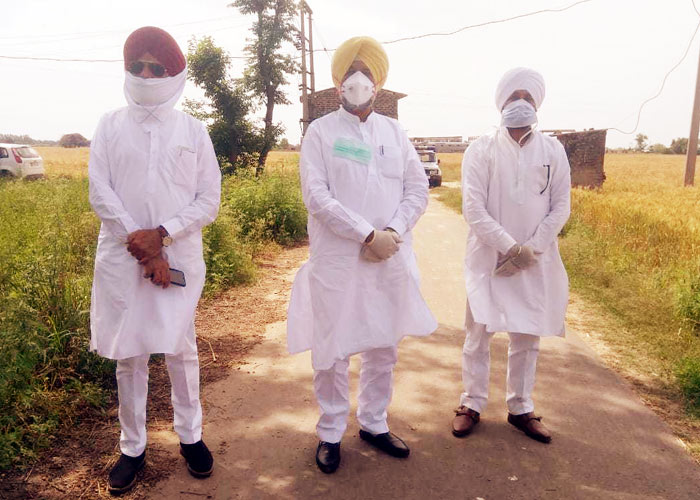 When the ‘near and dear ones’ refused to come near the dead fearing coronavirus infection, two Cabinet ministers in Punjab on Thursday set an example by attending the cremation of a virus victim.

This cremation was one of the exceptions in the state as it was performed amid family members and volunteers.

Earlier, there were four instances in a total eight deaths when the family members preferred to stay away from the last rites of the coronavirus victim.

In all the cases, it was government functionaries who came forward and performed the religious rituals.

After attending the cremation, Health Minister Sidhu told the media that the authorities have been taking due precautions as per the government of India protocol while handing over the bodies of coronavirus victims to the family members.

In this unprecedented crisis, employees of the Revenue Department raised the bar to serve the people apart from performing their official duties.

Minister of Revenue and Disaster Management Gurpreet Kangar said that when the families are refusing to take the bodies, it is officials like Patwari, Kanungo, Naib Tehsildars, Tehsildars and Registrar who are volunteering to perform the last rites.

In the latest instance on April 7, the family of a former superintending engineer of the Amritsar Municipal Corporation refused to cremate his body. The administration had to step in.

Two days earlier, the last rites of a woman were performed by officials in Ludhiana city as the family refused to cremate the body fearing transmission of the virus.

In another incident in Amritsar district last week, people did not provide a place in their village for cremating Padma Shri Nirmal Singh Khalsa, former Hazoori Raagi of the Golden Temple.  (Agency)