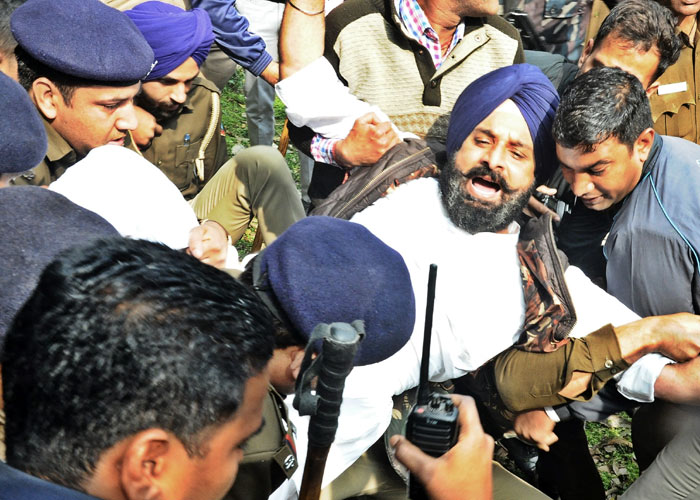 Several ministers in the Punjab government today condemned the hooliganism by the Akali workers and legislators outside the residence of the Finance Minister Manpreet Singh Badal, virtually holding him hostage that led to delay in the presentation of Budget.

In a joint statement, the ministers including Brahm Mohindra, Tripat Rajinder Singh Bajwa, Sukhjinder Singh Randhawa, Balbir Sidhu and Sukh Sarkaria said, it was unprecedented that the Akali legislators supported by goons held Mr Badal hostage and prevented him from coming out and reaching the Punjab Vidhan Sabha on time.

They pointed out for the first time in history the house had to be adjourned for twenty minutes just because the FM could not reach the Vidhan Sabha on time as he had been held hostage by the Akali goons and legislators who were not letting him to come out.

The ministers welcomed the unanimous privilege motion passed against the Akali legislators in the Vidhan Sabha and demanded that they must be suspended for the rest of the session.