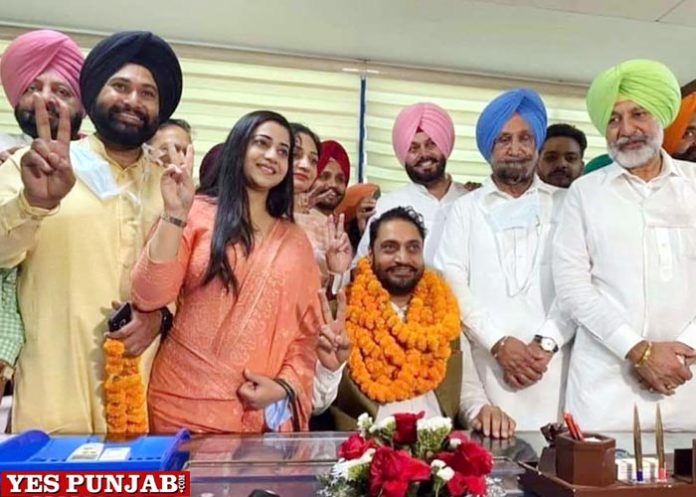 The election to the three mayoral posts was held today at Mohali in the presence of Cabinet Ministers Balbir Singh Sidhu and Sukhjinder Singh Randhawa.

All three mayoral posts are now with Congress party which won 37 out of 50 wards of Mohali Corporation. Interestingly, SAD and BJP were not able to secure even a single seat here.

The remaining 13 seats were won by independent councilors most of whom were from Azaad Group led by former Mayor Kulwant Singh. This group had the support of ‘Aam Aadmi Party’.