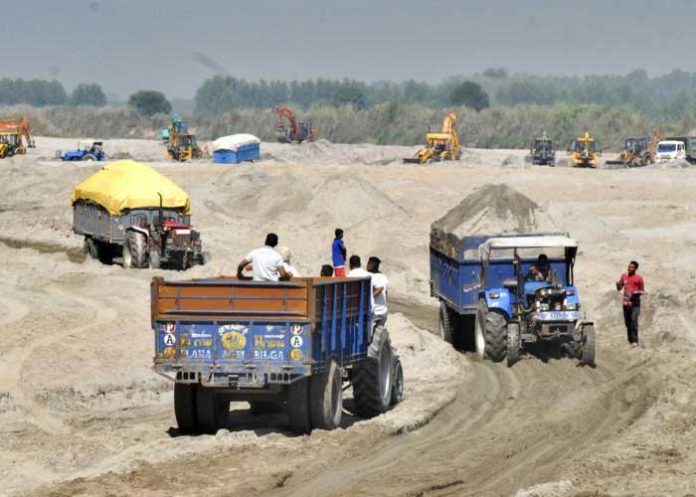 Earlier, the department was held the e-auction on July 5, 2019 for two clusters Ludhiana-Jalandhar and Ferozepur-Fazilka, and earned Rs 100.30 crore approximately.

An official spokesperson said that Punjab has been divided in seven clusters and the auction of four clusters is still pending.

He further said that this amount is the highest ever earnings for the state government from the mining business and Punjab Government is expecting to earn over Rs. 300 crore annually from the mines.

The Spokesperson said that the release of surplus sand into the market will lead to easing of pressure, thus earning huge revenue for the state government, which will eventually lead to significant lowering of sand prices.