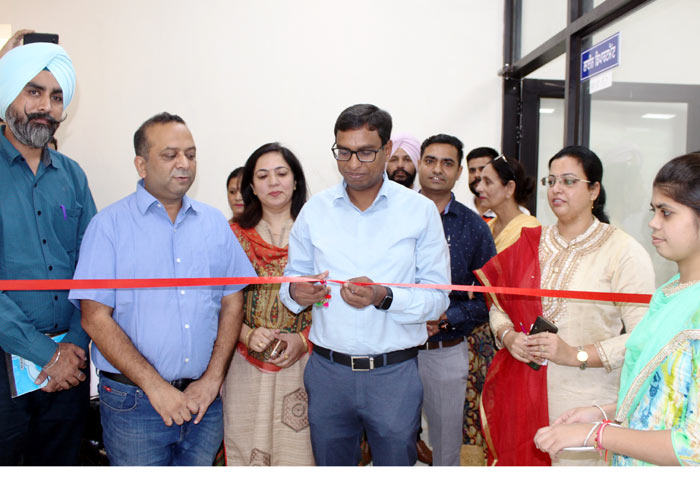 Under the “Ghar Ghar Rozgar Scheme” of the state government for providing maximum employment to the youth, the Punjab government has decided to provide free coaching to the youth for competitive exams. The selection of the youth would be done through online test. The coaching of first batch was inaugurated by Deputy Commissioner Mr Pradeep Kumar Agrawal at District Bureau of Employment & Enterprises, near Partap Chowk, here today.

The second test in this regard would be held at 10:30 am at District Bureau of Employment & Enterprises, near Partap Chowk, here, tomorrow, i.e. on October 9, 2019.

While providing information, Deputy Commissioner Mr Pradeep Kumar Agrawal stated that although the state government is providing several job opportunities to the youth, but sometimes, youth lag in training for test or interview or are not able to express themselves or their abilities properly.

Mr Priyansh Jain, Executive Director, Kritika Agency, informed that they are happy to become a part of this scheme of the Punjab government. He informed that the students would be provided the study material totally free of cost.

He said that the students that excel in this course, they would be provided free online study even after the completion of 100 hour course. He said that such students would also be awarded with scholarship and appreciation letters.

Mr Pradeep Agrawal has called upon the youth to avail full benefit of this scheme and visit the District Bureau of Employment & Enterprises, near Partap Chowk, here.