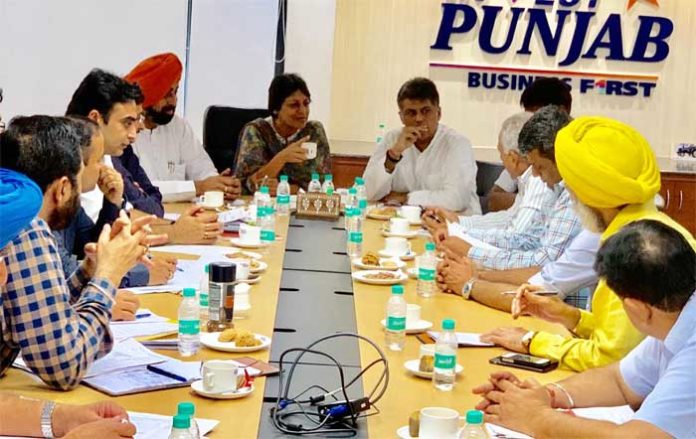 The Punjab government has offered Rs 10 crores for the drainage and repairing of roads in the Chanalon industrial focal point located near Kurali in the Kharar assembly segment.

He said, the poor and deplorable condition of the Chanalon Industrial Focal Point was brought to her notice. He said, the roads and drainage system was in a bad shape there.

He disclosed that the ACS offered to release Rs ten crores for drainage and repair of roads which were lying in a very bad condition.

Besides, Tewari added, it was also agreed that a plot will be allotted to the industrial association on reserve price for constructing an office there.

The government will also consider the demand for providing land for the group housing scheme for the employees working in the focal point.

The department will also issue notices to those plot owners who have not developed and built any industry since the allotment of the plots.

Tewari expressed his gratitude to the department for conceding the demands of the local industry. He said, rehabilitating and improving the lot of the industry in the area was one of his top most priorities, as it will generate revenue and jobs.

He assured that not only will he ensure that the existing industry is strengthened and got all the facilities, he will also facilitate fresh investments. He said, the Chief Minister Capt Amarinder Singh was very keen to revive the industry in the state and had extended all support and encouragement for the purpose.