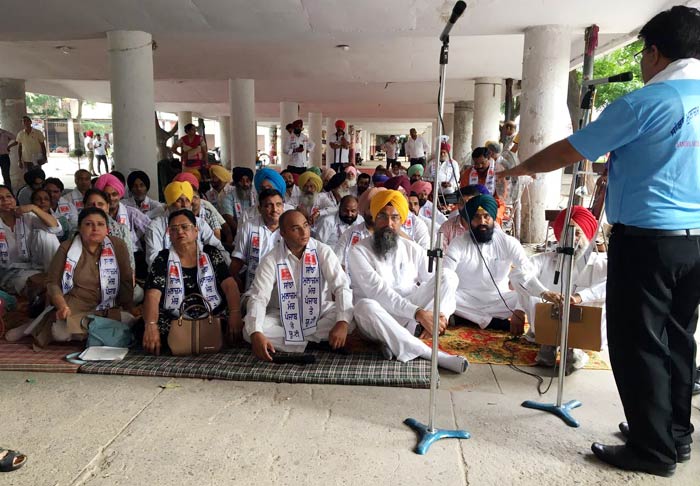 The Aam Aadmi Party (AAP) has extended its full support to the government employee organizations currently on hunger strike to press the government for the acceptance of their long-standing demands.

In a joint statement issued from party headquarters on Friday, state president and Sangrur MP Bhagwant Mann not only announced party’s full support to the striking employees but also deputed senior party leaders, including Kotkapura MLAs Kultar Singh Sandhwan and Kulwant Singh Pandori (MLA) to take part in the employees ‘dharna’ in sector 17 here to press for the acceptance of their demands.

Extending the party’s whole-hearted support to the employees’ cause across the state, Kultar Singh Sandhwan that for the past more than 20/25 years, the previous Akali Dal governments and now the ruling Captain Amarinder Singh Government had made a raft of promises to the farmers, ‘Dalits’, the youths, besides a majority of employees in the state holding professional degrees to take to the roads for their legitimate rights. He added that the employees had been left to take to the agitational recourse due to their (preceding governments) anti-employee policies, stating that they were left to hold ‘dharnas’ resorting to hunger strike and other modes of protest and even ascending water reservoirs due to the governments’ ill-conceived policies.

He also promised that if the Aam Aadmi Party was voted to power in the state Assembly elections due in 2022, a vast majority of government employees won’t have to take the road route for the acceptance of their demands.