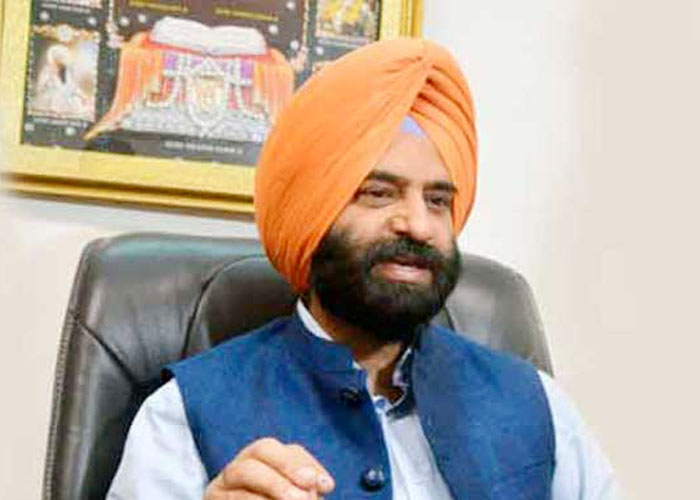 The Delhi Sikh Gurudwara Management Committee (DSGMC) President and the Shiromani Akali Dal National Spokesman Mr. Manjinder Singh Sirsa today reacted strongly to the statement of Punjab DGP Dinkar Gupta against Kartarpur Sahib corridor and said that it shows a deep rooted conspiracy has been hatched against Sikhs with aim to get this corridor closed.

In a strongly worded statement released here today, Mr. Sirsa said that from the tone and tenor of the statement of Punjab DGP it appears that nefarious design has been prepared to follow modus operandi adopted during the tenure of KPS Gill to get the corridor attacked by extremists elements and then shut it down.

Mr. Sirsa said that it is shocking that a head of Law enforcing agency is toeing line of the Congress party and indulging in politics to defame the Sikhs and pious religious places associated with them. He said that during 1980s Sikhs were the main target of the Congress at Centre who published pictures of Sikh taxi drivers in papers and people were are if they are scared of them.

The DSGMC demanded immediate apology from the Punjab Chief Minister Capt. Amarinder for conduct of his DGP and concrete action against this fellow. He said that the Sikhs will never allow Punjab police to work against their religious place as per the diktat of the Congress party and will take every step needed to safeguard Kartarpur Sahib corridor and other places related with their faith.