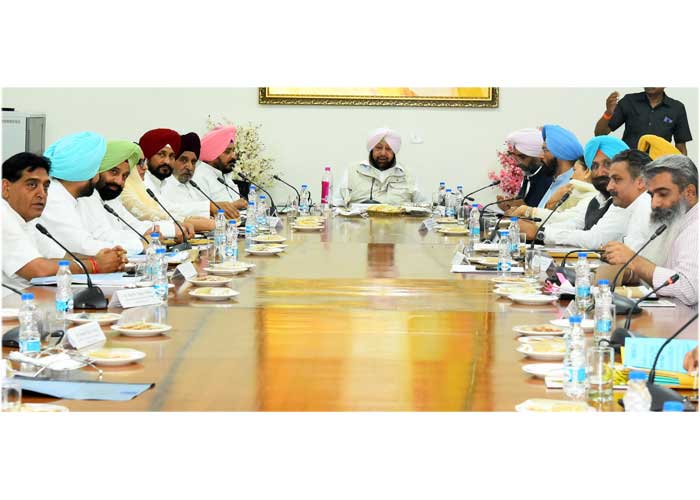 The Punjab Government on Tuesday took a series of decision with respect to housing allotment, including restriction of flats for allotment of land under ECGHS scheme to 40 per acre and 3% reservation of residential plots for government employees under PUDA and special authorities’ jurisdiction.

The decisions were taken at a Cabinet meeting, chaired by Chief Minister Captain Amarinder Singh.

An official spokesperson said after the meeting that the decision to put a curb on per acre flats, allotted to the Employees Cooperative Group Housing Societies (ECGHS) by various development authorities, had been taken in pursuance of the announcement made by Captain Amarinder Singh during his speech in the Punjab Vidhan Sabha on February 20, 2018, and in line with the notification issued on October 18, 2018.

Further, in line with the Chief Minister’s approval dated June 15, 2017, the Council of Ministers approved the reservation policy for allotment of land/sites falling under the jurisdiction of PUDA and other Special Authorities.

The reservation policy envisages 3% residential plots/houses/apartments for allotment to Government Employees by development authorities, Municipal Corporations, Improvement Trusts or any other Government agency.

The applicant should have completed at least five years of regular service or should have retired within the last 5 years from the date of commencement of the scheme.

The allotment will be made to only those applicants who do not own any plot/flat in his/her name or in the name of his/her wife/husband or dependent. Further, the applicant should not have ever been allotted residential plot/house under discretionary quote or on the basis of preferences under any scheme.

The applicant will have to submit the application with date of regular joining/retirement duly certifying him being in service from the concerned drawing and disbursing officer (DDO) of the department.