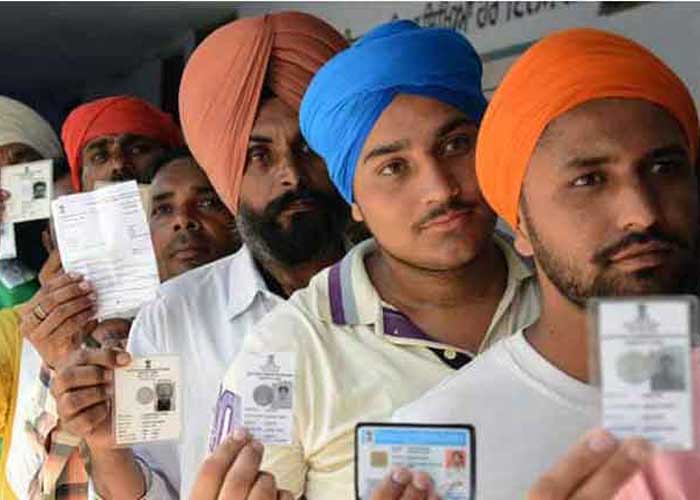 The Election Commission today banned exit polls between October 19th and October 21st ,2019 in regard with bypoll in Punjab.

Disclosing this here today Dr. S Karuna Raju said that under provisions of section 126 A of the Representations of the Peoples Act, 1951 “Exit polls cannot be conducted and publicized by means of print and electronic media or dissemination in any other manner starting from October19th (Saturday) at 6:30 PM to October 21, 2019 at 6.30 PM.”

He said that under section 126 A of R.P. Act 1951 and sub section (2) of the said section the period between 7:00 AM and 6:30 PM on 21-10-2019 as the period during which conducting any exit poll and publishing or publicizing by means of print or electronic media or dissemination in any other manner shall be prohibited.

Clarifying further, he said that under section 126(1)(b) of R.P. Act 1951, display of any election matter including results of any opinion poll or any other poll survey in any electronic media is prohibited during the period 48 hours, including the hour fixed for conclusion of bypoll.