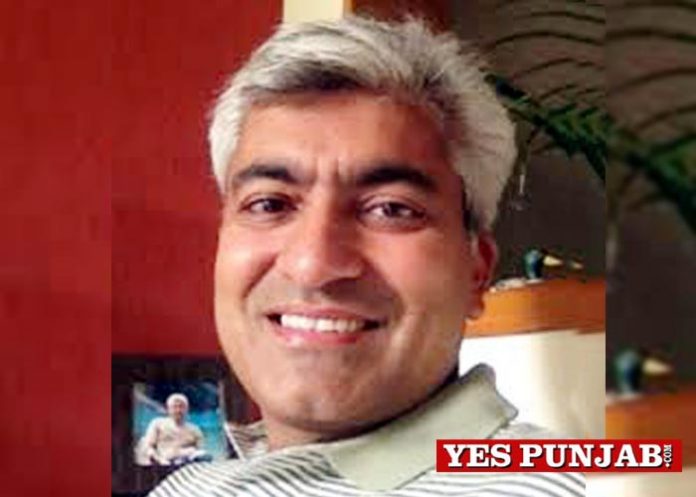 Chandigarh, October 31, 2020 (Yes Punjab News)
Punjab Agri Export Corporation Limited (PAGREXCO) has decided to launch its own weekly TV show “Five Rivers” which will be available at Doordarshan Jalandhar and DD Punjabi Channel on every Saturday at 5:30 PM.

Disclosing this Managing Director, Punjab Agro Manjit Singh Brar, said that there was a strong need to educate the farmers about product development and branding to market their produce, especially through use of social media. Therefore, PAGREXCO is also launching its own YouTube Channel under name & style of “Five Rivers”.

Presiding over a ceremony held at PAGREXCO Head Office at Chandigarh Ravinder Pal Singh, Chairman (PAGREXCO) hailed the initiative & expressed hope that it will enhance the connectivity of organization with the farmer as well as with the consumer.

He further expressed his happiness on the decision of Managing Director (PAGREXCO) to appoint Bal Mukand Sharma, Ex-AMD of Markfed / eminent TV & Film artist for directing & hosting this show.

Speaking on the occasion, Mr. Bal Mukand Sharma explained that this 23 minutes show will comprise of a studio based discussions on the current topic by the experts from Punjab Agriculture University (PAU), Agriculture Department and concerned officers of Punjab Agro & other subsidiaries.

The progressive farmers will be interviewed on their farm in order to prepare a success story on their achievement and last segment will be covering the activities to be undertaken by farmers during that particular week. Dr. Ranjit Singh Tambar, Ex-Head, Department of Extension Education, PAU has agreed to write the script every week, added Bal Mukand Sharma.

The General Manager (PAGREXCO), Ranbir Singh, while proposing the vote of thanks, added that the major areas which will be covered in this show include marketing of Kinnows, Potatoes, Canola, Carrots & Organic products. PAGREXCO has already decided to provide “UMBERALA” branding and more & more numbers of farmers will be persuaded through this show to take the benefit.

To connect the farmers and consumers directly, an APP developed by PAGREXCO was also released on the occasion.

This show and YouTube channel will be technically directed by Jaswinder Singh Jassi, an eminent TV Producer.